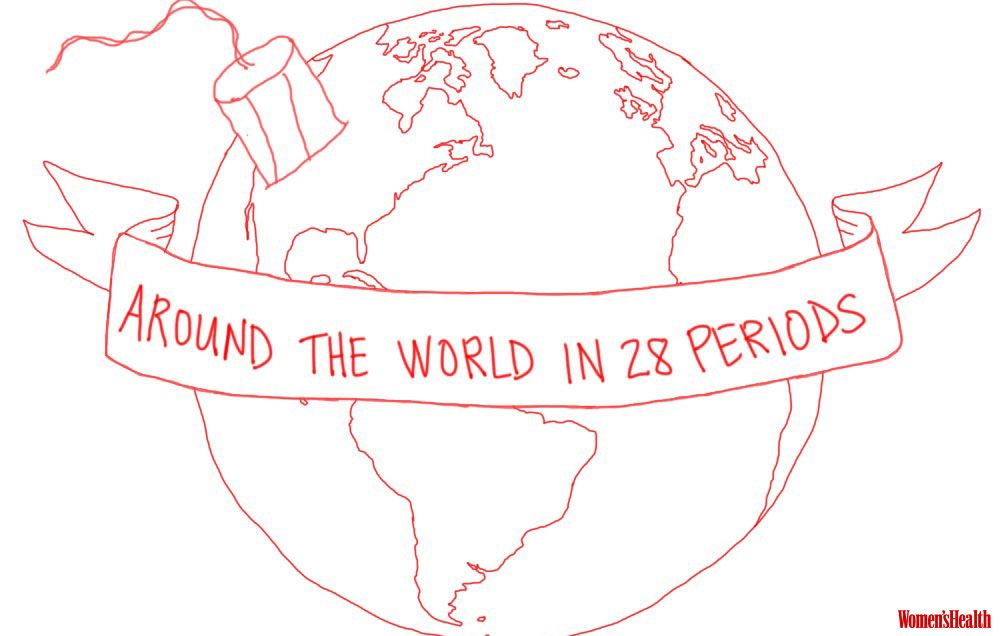 Are we progressive enough when it comes to talking about periods? While periods are an inevitable aspect of life for most women, the experience of menstruation isn’t universal. In fact, it can differ notably depending on factors such as geography and cultural beliefs.

Here in the UK, there have been many prolific movements aimed at normalising periods for women of all ages. This has even stretched to the addition of a period emoji to smartphones, after a public vote by Plan International UK in 2017. However, the most popular choice (a pair of pants marked by blood) was rejected by the regulatory group Unicode Consortium.

So, does this signify that we are only scratching the surface when it comes to tackling the menstrual taboo? We’re taking a menstrual tour around the world, looking at the perception of periods and how this can affect a girl’s understanding of their own cycle.

Girls in Bolivia have a similar experience and periods have been historically hushed and dismissed based on cultural beliefs and tradition. In fact, one of the most prolific myths is that menstrual blood is dangerous and could cause diseases such as cancer if it is mixed in with general rubbish. This has resulted in girls carrying around used sanitary towels in their school bags. This isn’t the only menstrual myth in Bolivia. Some women believe eating mayonnaise could help shorten the length of a period!

Furthermore, in the advertisement of sanitary products, big brands use words like ‘dirty’ and ‘stain’ in their branding, portraying a negative image of menstruation.

Attitudes towards periods are changing in Bolivia though. UNICEF has been working with rural communities in the country helping to invalidate these myths through education.The charity has also led an increased focus on improving school bathroom facilities, providing products such as non-applicator tampons and sanitary waste bins. Furthermore, some of the country’s ancient beliefs celebrate menstruation and they are being taught to young women to help reshape understandings of the menstrual cycle.

In Afghanistan, girls are wary of getting their first period and the way in which they manage their flow is determined by cultural and economic factors. Period management products are accessible in the UK, but in Afghanistan, one sanitary towel can cost the equivalent of £3.24 and this simply isn’t feasible for many women. The inability to access period pads leads to women improvising. 62% of Afghani schoolgirls have been found to tear strips of their clothing and use these to manage their flow.

There’s an array of period taboos which women are told to live by too. These include not drinking hot water, not sitting on wet ground and not washing during a period. Generally, a sense of shame and secrecy is distilled into girls when they get their period, leading them to wash their used cloth strips at night to keep them out of sight.

This attests to the overall lack of education on the topic of periods. In some of the strictest, most conservative regions of the country, science teachers are told not to cover the topic of puberty at all.

Various charities are targeting the poor sanitation and misinformation on menstruation, and awareness within the country is also growing — menstrual hygiene management classes were introduced at Mehri Herawi High School in Herat, moving towards reshaping girls’ beliefs about their own periods.

Many women in the western world can access sanitary products readily and must manage the aches and pains that come as a result of periods. However, for women in India, menstruation is treated as a physical burden. In small Indian villages, some women are made to leave their village and go to a gaokor — a small, basic hut where girls must spend the duration of their period. There’s no kitchen in a gaokor, as women are forbidden from cooking while on their periods. While here, they’re open to all the elements, making it a difficult experience — endured simply because they are menstruating. This ritual is prevalent among groups such as Gond and Madiya communities, and it is representative of the extent to which period education is lacking. A shocking 23% of girls drop out of school when they start menstruating, showing how damaging these attitudes can be.

The country is also known for preventing menstruating women from entering certain religious sites and temples. This is rooted in the belief that periods are impure. This policy has come under fire through, targeted by movements such as #HappyToBleed, initiated by Nikita Azad. The campaign was triggered by a comment from the chief of the Sabarimala temple, after a court ruling established that women aged between 10-50 (typically menstruating age) could enter the holy site. The movement encouraged women of all ages to take to social media and spread awareness of the need for India to modernise its stance on menstruation. The call for change has spread across all media and a recent documentary titled “Period. End of Sentence” gave women across the country the opportunity to discuss their menstrual health, tackling the shame which is associated with periods.

Picking up sanitary essentials such as tampons seems so ordinary to the Western world that it’s hard to imagine a situation where others are stigmatised for doing so, or don’t even have access to such products. However, as we’ve discovered, there are charities and movements calling for worldwide period equality – let’s hope their messages get through.