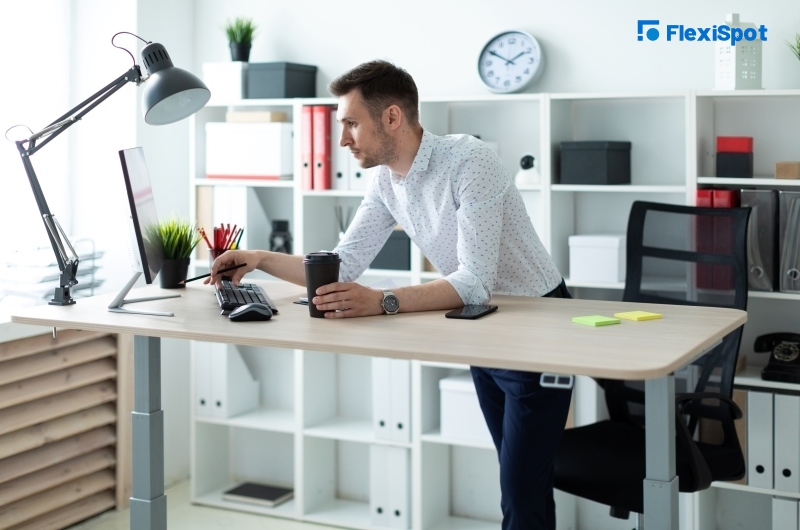 BEFORE I tried the Varidesk Pro Plus 36, I had no idea how much of a phenomenon desks that you use while standing up actually were.

Now that I have one, I’ve found that so many friends and colleagues are super enthusiastic about using them, or keen to try one out as they either have back issues, or want to improve their fitness.

We all know intuitively that sitting down all day cannot be good for us. As someone who has worked in digital since 2003, most of my work has been tied to either  a desktop computer or a laptop and so I spent 90% of my working life hunched over. I used to work with a girl that used a medicine ball as a seat and always envied her commitment to her abs.

The Varidesk turns any desk into a standing desk, but can also be used while seated which gives you the option to just spend some portions of the day standing up to give a variety to the position in which you work. So don’t worry – you don’t have to commit to standing up eight hours a day! You can just have a break every hour or so to stretch out your limbs.

During my time working as a senior editor in a tech agency, one of the groups that I worked with that were designing and developing a website always had a ‘stand-up’ in the morning rather than the ‘sit around and chats’ that my editorial team seemed to have. They always raced away from these meetings full of energy whereas we all slumped off to the kitchen to caffeinate with hundreds of cups of coffee which made me think that there may be something to this idea of being more productive and focussed when not lounging about on a communal sofa!

One thing to note – the desk is huge! It weighs 35kgs and is designed to be used with a desktop computer or a laptop that connects to a monitor and keyboard/mouse. I’ve added the technical specs to this post as it’s important to make sure it fits in your office space before investing.

The good thing is that the Varidesk arrives fully assembled, so no complicated DIY which I’m rubbish at! If you want to use it as a sitting desk, and then want to move to a standing desk then you can easily adjust it. It’s got a spring-loaded boost mechanism to make it easy to lift, and adjust to any of the 11 height settings.