AFTER their 30-date tour earlier this year Dog Is Dead have announced their biggest UK headline tour for February and March 2013.

The Nottingham quintet set aside their summer to storm through 25 festivals and focus on the release of their debut album, All Our Favourite Stories. Next year’s tour will take them across the country to bigger venues including Stoke’s Sugarmill, Portsmouth’s Wedgewood Rooms and London’s Koko.

Their next single Teenage Daughter (released December 17th) was featured in this months Pillow Playlist and has been perfectly placed with live footage from last week’s sold out show at London’s Scala. Watch the video below and get a taster for what’s in store next year. Tickets go on sale Wednesday 21st November and are available HERE. 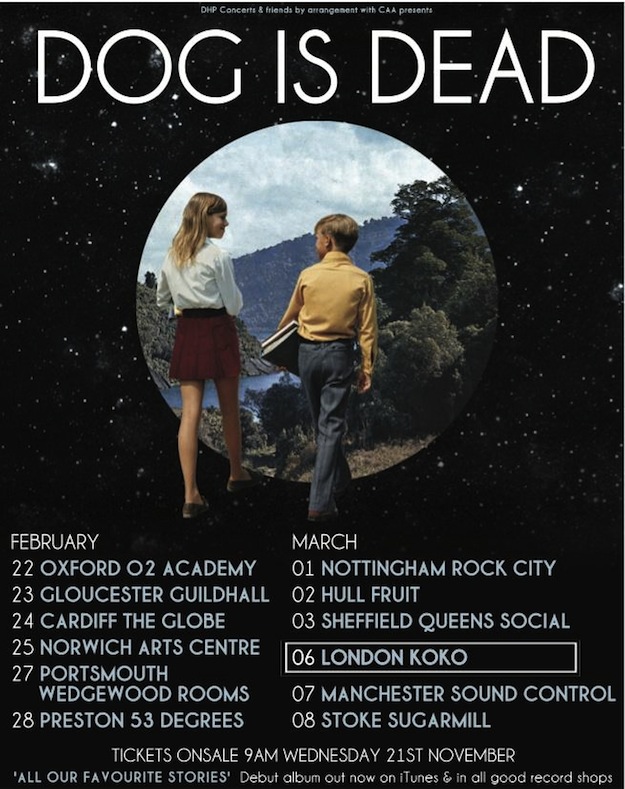