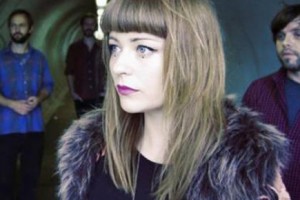 HERE’S some new music that we highly recommend that you add onto your Christmas list to Santa this year.

The Fauns are a five-piece who have successfully got their name into the wide wide world solely through word of mouth…. now that’s a lot of talking!

The self-titled debut was released in 2009 with no promotional muscle.

Nevertheless, through the support of 6Music’s Steve Lamacq, and fans spreading the good world, the album sold a respectable 5,000 copies.

Clint Mansell – Hollywood composer for some of our favourite movies including Black Swan, Moon and Requiem for a Dream – also became a huge fan of The Fauns.

He remixed the album cut Fragile for a limited edition Record Store Day 12… where every one of the 1000 copies sold out.

On December 2, The Fauns will release successor album Lights through Invada Records.

Their music is all-consuming and intimate and the barely-there vocals of front woman, Alison Garner and the guitar work will captivate you.

Ambient, atmospheric and amazing, Lights holds a new purpose for The Fauns.

Last month, on a rare occasion, The Fauns exclusively toured England with our French fave, College.

Early next year, The Fauns will be touring every major city in Europe alongside French post-rockers Alcest.