FOR all budding writers of fiction here is unique resource: Wonderbook. 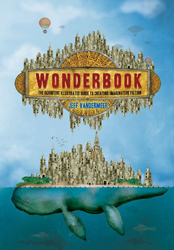 Written by the author of The Steampunk Bible, Jeff VanderMeer, Wonderbook is a useful guide crammed full of advice, anecdotes, do’s and dont’s, as well the occasional writing exercise. Although it’s primarily aimed at those wanting to write in the genre of science fiction and fantasy, much of the in-depth discussions of topics contained within – such as inspiration, imagination, dialogue, structure and characterisation – are universal principles and can be applied to all fiction writing in general.

The style is largely informal, filled with examples and anecdotes, but as such comes across as less of a straightforward ‘how-to’ manual than some would like. For absolute beginners or writers who have only just embarked on their journey, the text may come across as a little bit too dense. Although there is a structure to the book, its points are not always laid out in an easily referenced way and those looking to use this wholly as a practical learning guide may be discouraged. 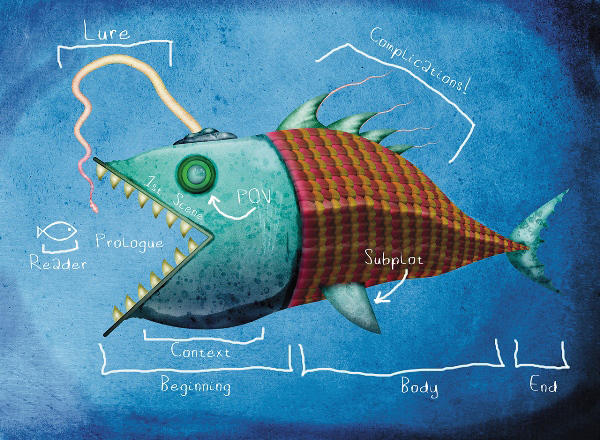 Rather it’s better to view Wonderbook more as a compendium of good advice, with plenty of quotes, sidebars and even essays not just from the author himself but from many other writers (including genre heavyweights such as George R.R. Martin, Lev Grossman, Neil Gaiman, Michael Moorcock to name just a few), resulting in multiple perspectives and methods of working that are seldom collected together in one place like this.

What really elevates Wonderbook, however is the artwork. Featuring beautiful illustrations in a variety of styles that adorn the majority of its pages, this book also serves as a visual feast that helps to fire up your imagination and creativity. A criticism can be made in that for many of the illustrated charts and infographics featured, a colourful and vibrant visual style has taken precedence over practicality, making them occasionally hard to read or make use of. But maybe that’s just part of the charm of the whole book – presenting itself more as some kind of sacred tome you have to pour over, dig deep into and decipher, rather than just a plainly presented and factual ‘how-to’ guide.

Whilst it may not be the most accessible, Wonderbook has plenty to get stuck into for intermediate level writers looking to create a short story or novel. It is rich and rewarding both in its text and visually (the original art alone featured in this book alone may make it a worthwhile purchase for some) and comes highly recommended, even if it’s only just used occasionally to delve into for quick bursts of inspiration and motivation.

Wonderbook: The Illustrated Guide to Creating Imaginative Fiction is available from all good book sellers from the 15th October.