IN 2010, the 7th series of The X Factor boasted a handful of successors including Cher Lloyd, One Direction, Matt Cardle and Rebecca Ferguson but there was only one contestant that still had people talking after his elimination on week 6 – Aiden Grimshaw. Pillow Magazine talks to the attractive X Factor alumnus ahead of his highly anticipated debut album and first UK headline tour.

Today’s music judging panel of bloggers and YouTube commentators cast an opinion on an artist too quickly based on appearance and background – in Aiden’s case it’s ‘that guy off the X Factor’ stamped across his forehead that he carries with him that could be off-putting for some. So after listening to an anonymous demo, oblivious it was Aiden’s new material, it was clear something special and truly unique was to come out of the countries most talked-about talent show.

Two years after his stint on the reality TV show the quiff has been tamed and his debut album Misty Eye is complete and he has the show to thank for firing him to fame. “There’s not much of an ocean of opportunity in Blackpool! I worked at Pizza Hut so it moved me out of Blackpool, got me on the tele and got me a record deal. Since then I’ve made an album so it’s done wonders for me.”

The talent show graduate turned up to auditions at the age of 18 in Manchester armed with a jaw-dropping version of Kanye West’s Golddigga.  After coming 9th overall, Aiden holds no grudges about his short stint and still watches it every year. “I’m a big fan. I’m one of those people that watch it every week without fail. I sit there and say ‘oh this is so s**t’ but I love it!” Even when he was restricted to covers throughout the show, behind closed doors he was already building the foundations for Misty Eye. “Before The X Factor I had written a couple of songs, they weren’t very good but I still had a go. The two years after The X Factor is where I found my writing feet.”

When talking about his experience, he describes himself as the ’18 year old lad on tele’, but when Simon Cowell uttered “now that’s what I call a pop star” after his first audition, the judges and viewers knew he was so much more. “It was weird, I didn’t really know what I wanted to do. Some of the songs I wanted to sing were a bit odd and probably wouldn’t have gone down very well on a Saturday evening. But think I got to sing some pretty good songs.”

As singing talent shows today start to air on every channel, has it lost its element of excitement and attracted more haters due to the degrading auditions and painful single releases? “I think they’re amazing. It’s an opportunity. People only generally hate them because they say the people make bad music but the shows don’t make bad music. Whatever show you go on, as long as you know what you want to do and you have the loudest voice, it’s your thing really.” That word, ‘opportunity’ is repeated throughout the interview. He’s grateful for what this one curious step has given him and now, with the help of ex-son of dork pop-master Steve Rushton and producer Jarred Rogers, he has had the chance to grab it, use it and abuse it in the way of an album away from X Factor puppet strings.

His debut album Misty Eye follows a flowing narrative of the aftermath of a relationship and the moods and motions he went through whilst writing it. Every track is personal to him but filled with situations people can relate to. ”The album is about a breakup but deeper than that. It’s about love and I made a quote that ‘life is worth living but love is worth everything’ and it’s basically questioning that. So Misty Eye is just what’s going on in my head, behind my eyes.” 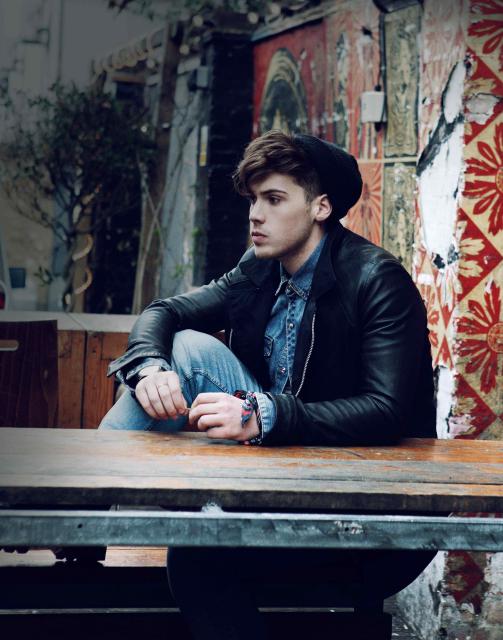 In a broken, vulnerable state and caught up in the mist of the fame and excitement of X Factor, his creativity and confidence grew. “In this situation I spent most of my time pretty angry so it was pretty misty at times. It was two months at a mental level of creativity.” But you’ll be fooled for believing Misty Eye is packed full of tear-jerking, lovesick ballads. “We didn’t have any brief when writing it so there was no record label telling me what to make, it was just me putting down feelings. I think it’s all coherent, it’s all different, it’s just music.”

Hold On is a pop-tastic and radio-friendly opener but the album doesn’t quite follow suit as he’s dodged basing the whole album around radio playlists and chart positions and created something personal yet fit for his fans. This track introduces listeners to his ability to concoct classic orchestral arrangements peppered with modern electronics. His debut single Is This Love adapts on the openers drum n bass elements and This Island’s offering of early 90′s indie pop, thunderous beats and confessional lyrics is a surprising direction for Aiden considering his softer, slower numbers on X Factor.

Assuming any contestant wouldn’t want to touch another cover song, Aiden features Sia’s Breathe Me on the album. The poignant, piano-led cover tests his vocal ability on the high notes but also conveys his isolation in his head. “It just fits. I went through three weeks of listening to it on repeat and we had two songs left to write on the album and I knew what one of them was, I just needed to write it down and after listening to it on repeat it just seemed to fit.”

The mood, tempo and piano stay for Poachers Timing, a spine-tingling, haunting highlight of the album and live performance. ‘Give me a sign, give me some rope which I can hang with’, he bellows in the chorus. Be Myself and Nothing At All offers a change of attitude with signs of acceptance and picking up the pieces.

Curtain Calls feels like he’s drawing a line under everything, a sense of finality. So is it the end of a chapter or a link to the next album and things to come? “It’s a cliff-hanger I suppose, in essence that you find a problem and then you identify it and then you try and solve it. It kind of feels like a love letter where you end in the same place as you start, how you feel a load better because you’ve found the problem and you’ve got it off your chest.”

A new artist himself, Aiden champions other upcoming artists including Labyrinth’s sister Sherelle who provides the hefty female vocals in Curtain Call and Smiler featured in early track What We Gonna Be. Misty Eye has no boundaries, something he would’ve had to tame if he was to release an X Factor album.

So what is so special about Aiden that has attracted such a loyal fan base from the beginning? “I think the main pull was Mad World wasn’t it?” He laughs shy and embarrassed by his confession but the performance turned it around for the singer. “It’s a good song and I looked all moody and murderous. I’ve been reading really nice things about my music, it’s a nice feeling people like my stuff. I adopted two Zebras from fans actually. They gave me Zebras for my birthday so yeah, I’m a dad!”

On the topic of parents, Aiden’s highlight of 2012 so far seems to be of his dad drunk dancing to his album! “I got my dad down to London to see my flat and to play him the album. I put it on and I got him pissed so I was cheating. I went to make a drink and I turned round and he was doing this one-legged dance! Smashed it, great.”

So after working solidly writing and helping co-produce the album, plans beyond Misty Eye are…well…misty. “We have the album coming on the 20th August and then we go on an 11 day tour of the UK in September which is pretty exciting and then after that I don’t know. We’ll see what happens!”

Aiden’s always had this sense of vulnerability threaded throughout his vocals, lyrics and performance but this album will allow him stop looking through Misty Eyes and stare clearly at success.

Misty Eye will be released August 20th. Click the album artwork below to pre-order. 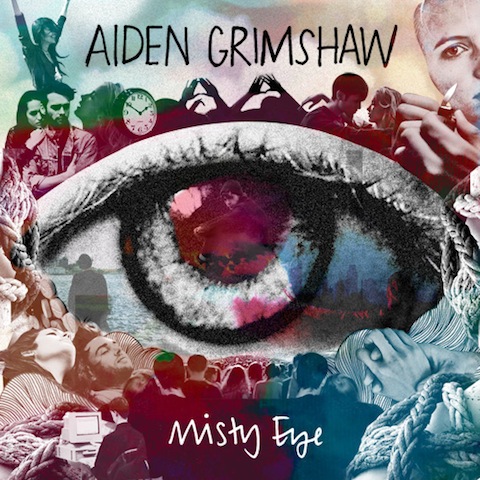