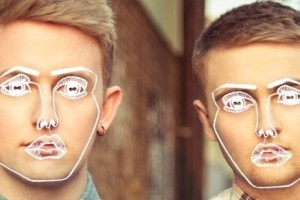 GUY and Howard a.k.a. The Lawrence Brothers a.k.a. Disclosure a.k.a. The Golden Boys of Dance a.k.a. — I’ll stop now — have had an incredible 18 months.

As well being the most talked about act in the UK, releasing a number one debut album (Settled) and undertaking a relentless touring season, the boy’s have just received two award nominations: a Mercury Best Album and a Q Magazine Best New Act. ‘Meteoric rise’ would not be hyperbole.

Buzz over the staggeringly-young duo (Howard is 19 and Guy is 22) first started in January last year, with the release of their single Tender Flow. The EP it belonged to, The Face, also featured a deep house remix of Jessie Ware’s Running, which Annie Mac immediately championed and set them on sail for domination. Suddenly they were being offered thousands of pounds a night to DJ, which they couldn’t do. But quickly and wisely they picked it up.

In the last couple of years undanceable dub step had taken over the dance floor. Then they exploded, alongside a big garage revival that included Rudimental, and now dance floors were doing what they said on the tin again. As Howard told the Guardian in May, “I think girls are pleased that there’s some joy back in club music. And boys are pleased that there are girls back IN the club.”

Then White Noise hit, and a whirlwind festival season, and tons more gigs lined up till next year, all sold out of course. Fortunately, they’ve just announced three massive gigs for March in Edinburgh, Manchester and London. So no excuses to catch them.

Their next single Help Me Lose My Mind feat. London Grammar is released on the 28th October

Tickets for the 2014 shows are available now