BENEDICT Cumberbatch has opened up playing the villain in the new Star Trek film describing him as “A home-grown terrorist” fighting for a “noble cause”.

The Sherlock star hosted a screening of the first nine minutes of Star Trek: Into Darkness alongside Alice Eve earlier this week.

Wearing a black suit with matching shirt, the actor talked about the character he plays in the second instalment of the re-booted Star Trek films.

Benedict said: “I play John Harrison and in brief he is a terrorist, a home-grown terrorist.

“He is someone who does despicable things but for a noble cause and at some point in the film I hope he entices your sympathies as an audience.

Alice Eve, who previously co-starred with Benedict in Starter For 10, said of her on-screen alter-ego: “I play Carol Marcus, who as we know was in the original series and in the second movie, The Wrath Of Khan. I’m a doctor, a PHD, smarter than John Harrison.

Benedict added: “Much prettier too.”

In a video introduction at the event held at the Imax, Waterloo in London, Simon Pegg (Scotty) said: “It was an absolutely joy to film.

“This movie is going to be extraordinary and I’ve got a really good feeling about it, not only was it amazing to shoot, it just had a vibe of extreme excitement.”

The start of the new sci-fi adventure, directed by JJ Abrams, will be shown in cinemas before The Hobbit this winter.

The action takes place in a futuristic London where a young couple, played by Noel Clarke and Nazneen Contractor, visit their dying daughter in hospital. 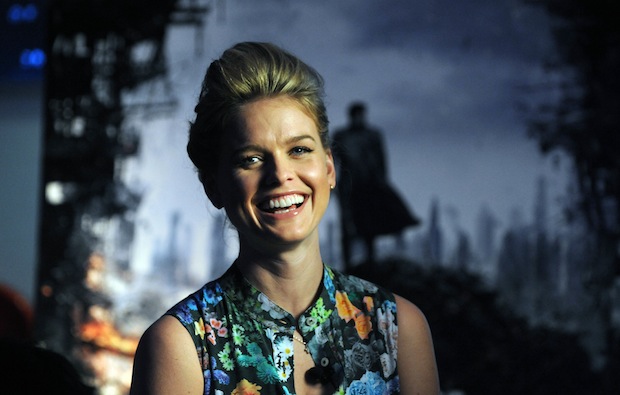 Benedict’s character, John Mitchell (although it’s heavily rumoured that he will turn out to be classic baddy Khan), appears and tells them: ”I can save your daughter.”

The action then cuts to the Enterprise (parked underwater in the middle of the ocean) where three shipmates have left for the Planet Nibiru – trying to save it from being destroyed by a volcano.

Kirk (Chris Pine) is seen being chased by locals; legging it through a bright red alien forest with Bones (Karl Urban) after nabbing a scroll-type object that the indigenous people were worshipping.

Karl Urban and Chris Pine in Star Trek: Into Darkness

Meanwhile Spock (Zachary Quinto) is taking a more conventional approach to battling the eruption. He has been lowered from a flying cruiser into the volcano brandishing a device designed to defuse it.

But as Kirk and Bones arrive back on board they are told there is a problem, and they have to make an exit without going after Spock – leaving him to die.

A rescue mission would mean exposing the Enterprise to the inhabitants of Niburu, thus throwing up a classic Star Trek-style moral dilemma. 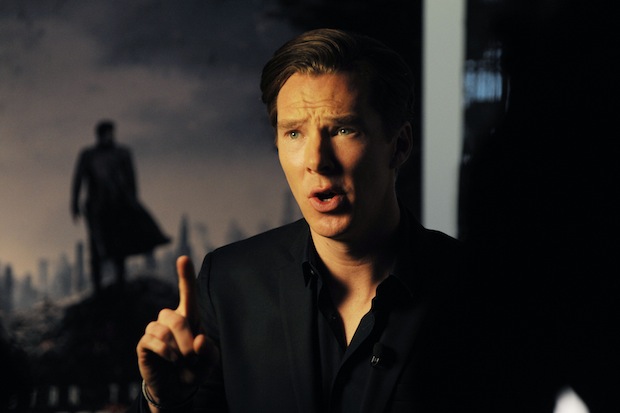 Meanwhile, director JJ Abrams has opened up about casting British actor Benedict and said that his presence on set encouraged all the actors to raise their game.

He said: “Being on the set with him… I think everyone was bringing their absolute A-game. I think, frankly, in a way, his presence sort of elevated everything.

“Time and again, every scene, Benedict brought a surprising, unexpected, grounded, real and often terrifying aspect to the role. So we are incredibly grateful, all of us. 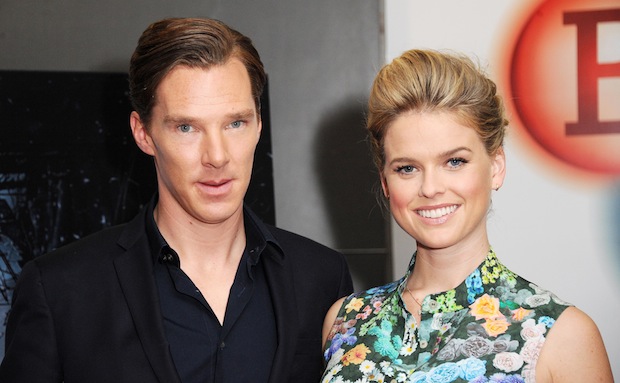 Talking about how Benedict scored the role in the movie, Abrams said: “One day, Damon Lindelof texted me and said, ‘You should check out Sherlock’. And I watched Sherlock, and was completely blown away, there was this absolute undeniable feeling about it.

“Certainly it was important to hear the words come out of this actor’s mouth, and so we got Benedict the pages and he sent an iPhone-taped audition to us, but it was almost a little bit of a formality.”