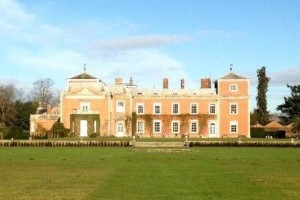 A BRAND new rhythm and blues festival will be holding its inaugural event this September in the grounds of Euston Hall in Suffolk.

The Red Rooster festival will run from the 13-15 September, bringing the music and lifestyle of the American South to the UK. Red Rooster is aiming to become a boutique festival for rhythm and blues, Americana, soul, jazz, roots, and country music.

All refreshments will offer a taste of the Deep South too, with gumbo, jambalaya, Creole, Cajun and barbeque dishes on offer. There will also be a farmer’s market with food and drink of the South available for visitors to browse and buy.

BBC Radio 6 DJ Cerys Matthews said: “Through my BBC 6Music radio show I’m really aware of an ever increasing audience for roots and blues music. The UK doesn’t have an equivalent of the legendary New Orleans or Newport Jazz Festivals; this being music made to be performed live, the idea of a real Rhythm and Blues Festival such as Red Rooster will create a great excitement, with both audience and live acts queuing up to be there.”

Adult Rooster tickets are £100 for the weekend, and entry is free for under-12’s. Camping is free for all festival guests. Campervan passes are available for £25.