Little Boots’ new single Shake from her forthcoming second album is going to be the soundtrack of your Friday night cocktails.

I can already see myself in a chic, low-lit wine bar, cosmo in hand, mulling over the week’s highs and lows after just one listen.

Building from a slow start, the mood soon swings to an upbeat tempo with an edge, perfect for chilling out to after a busy week. Little Boots’ latest offering is best described as laid-back dubby electro pop layered with Little Boots’  real name Victoria Hesketh – shimmering vocals.

She described: “”I love the statement shake ’till your heart breaks: it’s that violent kind of romance that runs through some of my favourite songs.” 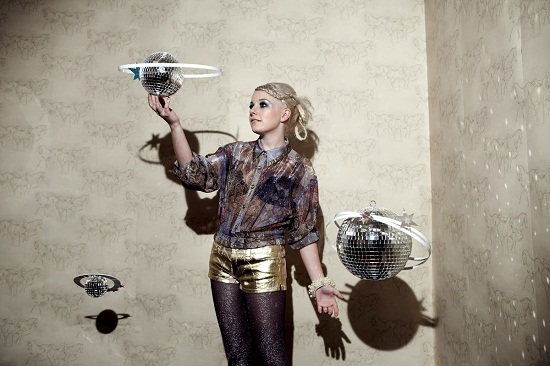 It was constructed in one afternoon after a spontaneous digital-style conversation with producer James Ford.

“The song came in the latter stages of writing the new album,” Hesketh explains.

“James and I had been emailing, and unusually both had a free day. It was one of those that just came out. Immediately it felt right. It also shed a new light on a lot of the other songs I’d been working on for the album.”

Little Boots burst onto the scene in 2009 after emerging from the confines of the club world with her unique dance-pop style.

Her first album Hands debuted in the top 5 in the charts.

To accompany the release of her latest offering Little Boots will embark of a global DJ tour including gigs in New York, L.A, Paris and Tokyo. The highlight will be a warehouse party in London at the beginning of December where she’ll perform alongside fellow DJs James Ford, Crazy P and Horse Meat Disco.

Fans of Little Boots can get their hands on limited edition collector’s vinyl.

The upbeat-laid-back quirk of Shake is sure to send it straight to the top of any DJ’s playlist so expect it to soundtrack your next night out at your favourite wine bar.

As for me, I’m starting my Friday early by pressing repeat!

Shake is out now, for more info click here.