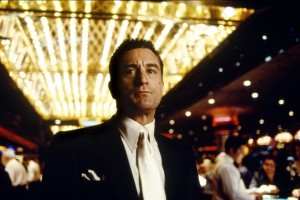 FOR  many films, casinos are popular settings. Part of the reason for their wide use is the suggestion they offer of glamour and elegance along with risk. In fact, over the years many iconic casino scenes have proved to be quite memorable for their depiction of casino gambling.

They also are popular today due to the increased interest in gambling thanks to online casinos such as JackpotCity.co.uk.

The movie Run Lola Run is a German film that features a memorable casino scene at the roulette table.

The title character, Lola, needs to make some money in a hurry. After some unsuccessful attempts she finds herself at a casino where she bets all of her money on the black 20.

While the odds might be against her, she ends up winning a sizable amount of money which saves the day.

It should be of little surprise that the movie Casino would have a similarly iconic scene.

Many of the characters featured in this movie are based on real life personas. The premise of the flick is centred around a man chosen by the Chicago mob to operate a Vegas casino.

Many remember the scene where a cowboy is told to take his feet off of the gaming table.

A classic film in its own right, Casablanca is probably one of the most famous casino movies.

American Rick operates a casino in this city. Here he helps out a player who ends up winning big.

Roulette is found at many online casinos today. There are two major versions: American and European. The difference is in the wheels used in these games.

The American game has an additional slot on the wheel which increases the house’s odds.

Players are encouraged to choose the European version when possible.

Simple, and Sensible Ways To Improve Your Die…