Stripping back to the bare essentials allows you to immerse yourself in the song and listening to it you wonder why more artists don’t perform just using their voice.

Relying on just your voice alone is a powerful tool and one which EJ puts to good use. EJ’s sweet harmonies are kept in check by steady clapping that permeates the
whole song. Anything that encourages the audience’s active participation rates highly in my opinion, there’s nothing more fun that wildly clapping along to a song at a concert or in a club – clearly my inner child hasn’t grown up just yet!

The result is a song that evokes images of gospel choirs. Little surprise after you hear about EJ’s childhood.

“My grandmother took me to church every Sunday,” she says. “The house was swarming with grandchildren. I had that mix of church singing and then getting back to her house and seeing cousins breakdancing, listening to Michael Jackson and Neneh Cherry.” EJ’s eclectic personal background has also influenced her musical styling.

Born in Stockholm Sweden her mother was a Barbadian doctor who raised her daughter alone. Later they moved to Gothenburg to be closer to extended relatives.

“We had a great musical community there. And the racial mix really missed. Iranian, Turks, a big Somalian community. It all worked together,” says EJ.

While this mix of cultures influenced EJ her father, an Afro-Cuban guitar wizard, also played his part.

At the age of 12, she then moved to London which provided her with a completely new set of experiences and inspirations.

After successfully incorporating just a few areas of her life into this first song it’s exciting to think what other treasures EJ will follow with – here’s hoping it’s a fusion of all the above, what a sound that would be! 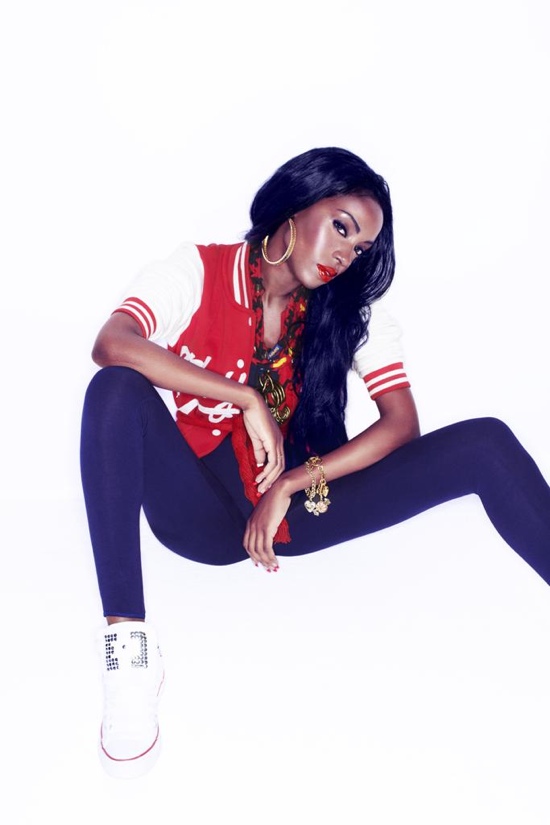