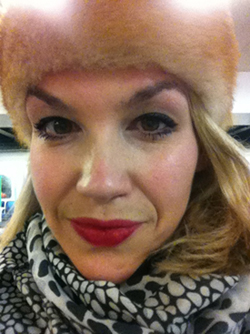 AT the beginning of this year, I was dumped… not by a boy but by a friend.

It’s not something I’ve really experienced before and I’m not sure whether it’s better or worse than the more traditional break-up.

After someone has been a permanent fixture in your life for more than a decade, being given the cold shoulder, deleted from their social media accounts and effectively being erased from their life has all the same feelings of being ditched by a man.

In my early 20s there were fleeting friends that came into my life that I felt were necessary to avoid.

There was the gay party boy who later turned out to be fleecing men for their credit cards and racking up huge hotel bills. He exited my life pretty quickly once that information was revealed.

Then there was the Kosovan hairdresser who had love affairs with a few of my pals. He lasted long enough to give us all questionable haircuts before I stopped returning his calls.

Sometimes friends drift in and out of your life, according to the path in life you follow.

Have you ever broken-up with a friend? Or have you been the one to dump a pal?

Editor’s Letter: Would You Want To Know The F…

Editor’s Letter: A Good Manicure Can Make All…