IT’s a right of passage for any music lover to start the new year with open ears, preparing for a new wave of sound to take over last years music collection. So Pillow Magazine have endured the painstaking process of whittling down the top ten artists to keep tabs on this year. Click on the collage below to skip to the playlist.

We caught this Canadian trio at The Great Escape Festival in Brighton last May and they have since signed to Glassnote records, the home of Mumford and Sons, Phoenix, Temper Trap and Two Door Cinema Club and have planned appearances at this years coveted SXSW festival. Prick your ears for their debut album Dark Eyes that will start creeping onto the UK airwaves later this year.

Toronto producer Mike Milosh and Danish producer Robin Hannibal are armed with breathtaking singles The Fall and Open in preparation for their highly anticipated debut album release Woman in March. You would expect another female name in the mix offering the sumptuous vocals that grace Rhye’s material but it’s actually Milosh singing of love and heartbreak entwined with a plethora of string and wind instruments.

We have loved Clean Bandit since day one. The sweet fusion of strings and electronics,  support slots with the likes of Big Boi, Ellie Goulding and Tinie Tempah and not to mention Lily Cole appearing in their debut video predicts 2013 will give the fresh faced quartet the recognition they so strongly deserve.

This London lass who has previously collaborated with renowned producers including SBTRKT, Gorillaz, Redlight and Shy FX has released slick debut single Stars under Toddla T’s label Girls Music – a delightful concoction of her soulful vocals, moody beats and rumbling bassline. Take note and watch her career bloom in 2013. 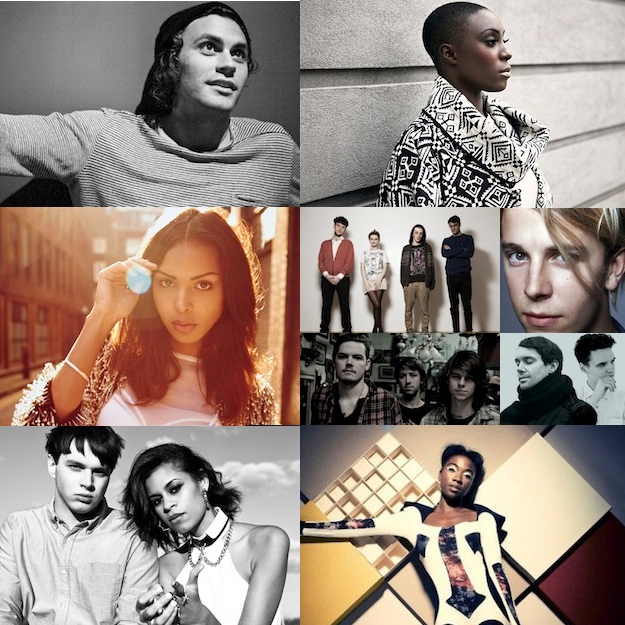 This electronic girl boy duo are already blowing the dust off our dancing shoes by collaborating with synth-pop brothers Disclosure for the severely infectious single White Noise. Previously known as a more underground pair of musical minds, AlunaGeorge are to hit the mainstream and make 2013 their own.

The Irish four-piece set our hearts aflutter with their debut EP last year and turned Disclosure’s single Latch on it’s head and transformed it into a heart-wrenching ballad for their debut performance in Radio 1’s Live Lounge. We cannot wait to hear singles All I Want and High Hopes and plenty of new material on their long awaited debut album In a Perfect World released in March.

Another male solo act we’ve had on repeat is young Brit Tom Odell. We featured his debut single Another Love back in November and now the winner of this years Critics Choice Award will release his highly anticipated debut album Long Way Down in March.

Odell’s strong competitor for the Critics Choice Award was Laura Mvula. Her serene and soulful vocals and jazz-infused pop are guaranteed to shimmer there way onto your summer playlist. We’ve already started it with She and Green Garden.

Fresh from her collaboration with RnB giant Nas, Arlissa will release her debut single Sticks and Stones in March. With such an RnB focussed debut, the 20-year-old Londoner actually classes Kate Bush as her biggest influence so expect big vocals with an indie tinge.

Click on the collage of talented faces above and listen to our first playlist of 2013 and don’t forget to subscribe to our channel for monthly updates.