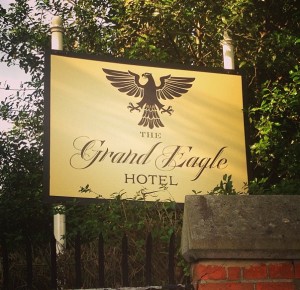 LAST week Pillow Magazine embarked on a journey back through time to 1927 where we languished in the opulence of the Grand Eagle Ball.

Despite how it may sound I in fact haven’t banged my head or completely lost the proverbial plot. I am actually referring to the Secret Cinema presents Laura Marling event which has had tongues wagging all across London.

Secret Cinema has been delivering captivating cinematic experiences packaged within interactive shows since 2007 and this is their first foray into Secret Music.

The evening is themed around a performance by Laura Marling of her critically acclaimed album Once I was an Eagle. An old Victorian manor (also a former secondary school) in the depths of East London has been transformed into the elegant and dilapidated Grand Eagle Hotel. All guests were invited by the hosts Thomas and Josephine Undine to attend the exclusive 1927 Eagle Ball. 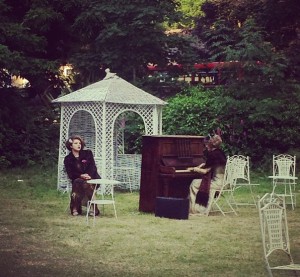 As soon as we arrived at the Grand Eagle Hotel the lines between reality and fantasy began to blur. Greeted by maids and bellboys we were required to relinquish our mobile phones at the door (check the Pillow Magazine Instagram for a few snap before it was whisked away). Guests had fully embraced the “vintage black tie” dress code and milled around the hotel grounds clutching an array of the mysterious props we were requested to bring with us by the Undines. The hotel staff and  some “guests” entertained us by bursting into improvised performances throughout the evening.

Inside the manor house was an elegant and spectacular sight of flowers and vintage finery. We explored the many rooms of the bewitching building, reading scattered love notes and stopping at bars for period cocktails and champagne along the way. Enchanting interactive installations included a croquet lawn, secret forest cinema, billiard room, drawing sessions, live music in the chapel and a writing room. Outside we were treated to an impromptu performance by Andy Robinson in the gardens as he stepped outside for a cigarette.

Later in the evening we were ushered by hotel staff into a makeshift ballroom where Laura Marling took to the stage in a flowing white gown. Accompanied by a double bass, cello and guitar Marling quietly introduced herself, “Hello, I’m Laura”, before launching into a breathtaking four song suite comprised of Take The Night Off, I Was An Eagle, You Know and Breathe. 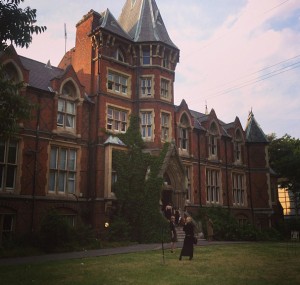 The rest of the string quartet then left the stage which lead into a simple and captivating performance by Marling alone.

She played with every ounce of the raw emotion and passion her shows are famed for. Despite her modest 23 years on this earth her performance stands on par with that of great folk legends that have gone before such as Joni Mitchell and Bob Dylan.

Marling ended with a haunting rendition of Saved These Words and with that our 1920’s fantasy had to come to a close.

The Eagle Ball proved to be the ultimate form of escapism. The main focus is enjoyment and participation in a fictional world for a few hours rather than venturing into a realm of unease or pretension.

Pillow Magazine, for one, will await the next Secret Music event with great anticipation.

For information on future events please go to the Secret Cinema website.