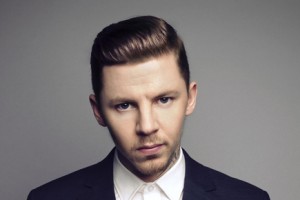 “I’m going to start a revolution with my recipe/Put it in a bottle call it the remedy”, rapped Professor Green in “Remedy”. This wasn’t just hip hop self-aggrandising, that’s exactly what he did when he launched his own beer last May called, you know it, “Remedy”. Good for his word, now the revolution part of that lyric may be coming true as well in the form of his very own nightclub.

INK, which unveils next month in Leicester Square just prior to Green’s third solo album in October, is the collaboration between himself and chic club owner Gerry Calabrese, whose  describes his Hoxton Pony venue as “the only plan you need for an evening out.”

Their mash-up concept is to bring an “East End club to the West End” and mix fancy seasonal cocktails with the attitude of a tattoo parlour, rock and roll with the urban. You’ll even be able to nibble on tapas.

The club promises music sets from the UK’s elite DJs and performers, with an optional annual membership for £500.

Whether it will bring an East London edge to the tourist trap that is Central London, or become another celebrity folly is anyone’s guess.

At the very least, Pro will have somewhere to sell his Remedy.