The Do It Like A Dude singer picked up award for Best Song, Best Album, Best Newcomer and Best UK act.

She performed Do It Like A Dude on the night. Professor Green, Dappy, Dionne Bromfield, Katy B & Ms Dynamite and Wretch 32 all also entertained the crowd.

Other artists presenting awards included the beautiful Yasmin, Tinie Tempah (who we bumped into at the airport).

Alesha Dixon and Jason Derulo presented the event (the US superstar also took to the stage to perform) but unfortunately the former Mis-teeq star didn’t bust out any rhymes.

Appaz we are in the BBC coverage but so far we’re far too embarrassed to check it out. 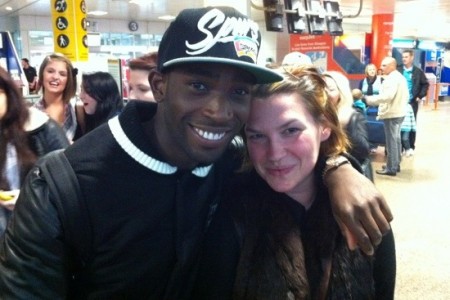