Tired of reading about women who sleep with men in relationshsips i.e footballers, celebrities, politcians and the like, Elsie was inspired to write the empowering song warning potential cheaters away from her man.

“The newspapers are full of nightclub girls sleeping with married footballers, sportsmen and politicians.  And it goes on in clubs up and down the country in real life as well,” says Elsie  “I’m no prude and I’m not scared to dress up a bit myself, so it’s not like I’m judging them for what they wear, I’m just speaking out about how unacceptable it is to crack on to a taken man.”

The outspoken singer also filled her accompanying music video with “real” women who have special talents and strengths.  A female bodybuilder who just started
training 3 months before the video was shot, a self-taught street dancer and a young martial artist trained to kill with her bare hands are the powerful role models included.

“I’m so sick of seeing stereotypical girls appearing in pop videos, so I wanted to use real women with real power, not just fit dancers and pretty models in short skirts and heels.  I wanted to celebrate normal women who have achieved huge goals, but would never usually get recognition because they don’t fit in with traditional images of what women should be like,” explains Elsie. 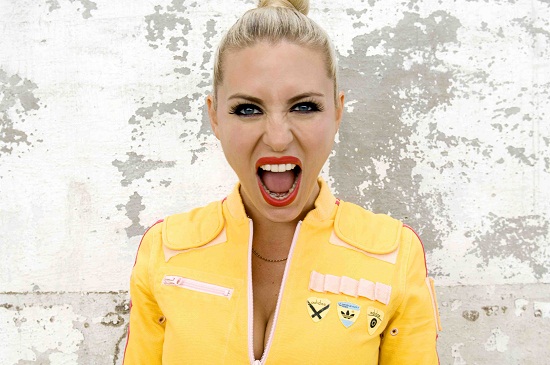 While her message is compelling it’s Elsie’s catchy lyrics and addictive beat that will keep you hitting repeat. Be warned, this is a seriously memorable song. Just one play and Elsie’s crisp vocals linger in your mind and will have you humming all afternoon. The catchy pop beat belies the message underneath and while the song has something to say it doesn’t impact on the simple enjoyment of listening to a good tune.

We’re already fans of Elsie here at Pillow magazine and we’re sure she’s going to be getting a lot more attention after the release of this song.