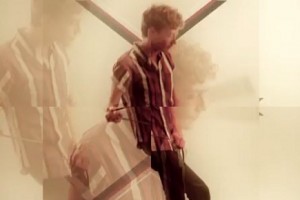 It features lead vocalist, Luke Lalonde, singing and bopping around a blank room.

The effects of the video are original: multiple camera frames; overlapping of shots creating a bizarre sense of realism; with simplistic visual elements in the background.

The song, about hesitation and the head-f**k of love is reflective in the style of the video, as Lalonde is all over the place.

It is the first music video shot simultaneously with eight video cameras to create a unified image.