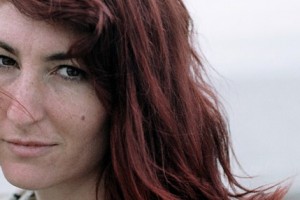 REINVENTION seems to be a theme with the musicians here at Pillow Mag. First there was Aussie Gabriella Cilmi, and now we have Canadian, Hannah Georgas from Vancouver.

Hannah Georgas’ previous album This Is Good earned her high praise in the Canadian music world as her vocals were compared to Feist.

Now, she wants to steer clear of any comparisons so she can grow and develop as her own individual artist.

“I want to press reset…” she tells Pillow Magazine.

In the midst of the success of the last album, Georgas wanted something different.

Cue Graham Walsh, member of electronica mavericks Holy Fuck from Toronto. He is a certified production whizz and was called upon to work some magic into Hannah’s musical reinvention.

Now, you may think the combination of soft pop/rock and electronica is crazy and bizarre, but the musical relationship between these two artists has created a beautiful tone for Hannah Georgas’ new album.

Hannah says: “We wanted to make a record where these sounds could come to life and be recreated in a live setting.

“I came to Graham with my guitar, and he brought his OP-1, Moog, other synths and pedals” – Is it me, or did things just get very technical? – “We jammed together for almost three weeks doing pre-production. Graham was like a scientist, creating incredible sounds on his instruments.”

This album has all that an album should have.

Emotional and stripped-down are adjectives I would use to describe the majority of it, especially in ‘Robotic’ and ‘Somebody’.

Haunting is one word to describe song ‘Ode to Mom’. Lyrically poignant and devastatingly beautiful yet uplifting in a backwards way, this song could teach us all a lesson – not only Georgas’ mother whom she is addressing the song to after the death of her father.

Conversely, there are also some elevating beats. We see the fun side of Hannah in ‘Shortie’ as she showcases lyrics with an RnB attitude combined with an elastic bass line and echoed synth chimes.

Sassy, tender and very real, Hannah Georgas’ self-titled album is one to look out for.

Give it a listen and see how you feel after listening to heartfelt lyrics and fantastic synths.

Hannah is performing live in London and Manchester for this week only!

New Single ‘Robotic’ is out October 7.

Album Hannah Georgas is out November 25.