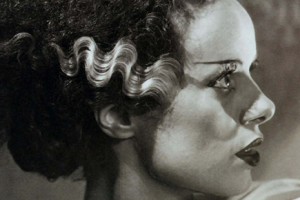 FOR readers up north during Halloween, be sure to check out BFI’s Gothic Film Festival, held within the grounds of the spooky and atmospheric ruins of Kirkstall Abbey in Leeds.

Set against the spectacular backdrop of the 12th century ruined Cistercian monastery, classic horror titles such as Night Of The Demon (Jacques Tourneur), Witchfinder General (Michael Reeves), The Devil Rides Out (Terence Fisher) and Bride Of Frankenstein (James Whale) will be shown projected within the walls of the Abbey itself, providing sensational acoustics for the music as well as the interplay of light and dark shadows in a specially designed auditorium seating 400 people.

The festival runs from 31 October to 3 November and as well as the various film screenings will also feature: hot food and drink stalls, fog machines, dramatic lighting and spooky soundscapes. There will even be a Junior Gothic day (2nd November) with screenings for U16s as well as prizes for the best dressed.

The highlight however, will surely be on the opening night – Murnau’s classic vampire movie Nosferatu brought back from the undead with live accompaniment by musicians!

So grab a blanket and prepare for a chilling night of Gothic horror! Pillow Magazine will also be there to give you the lowdown.