DARK HORSES have travelled far and wide across Europe and Australia supporting the likes of Kasabian, Beck and Sigur Ros and are now set to embark on their own headline tour.

The Brighton-based six-piece fronted by the fiery female vocalist Lisa Elle won Best Single Of The Year 2012 at the Artrocker Awards earlier this month for single Radio and have their new double A side single set for release on 11th February.

Featuring Boxing Day and Traps, the tracks are both taken from their debut album Black Music and produced by Death In Vegas’ Richard Fearless.

Watch the video for Traps and check out their UK tour dates below. 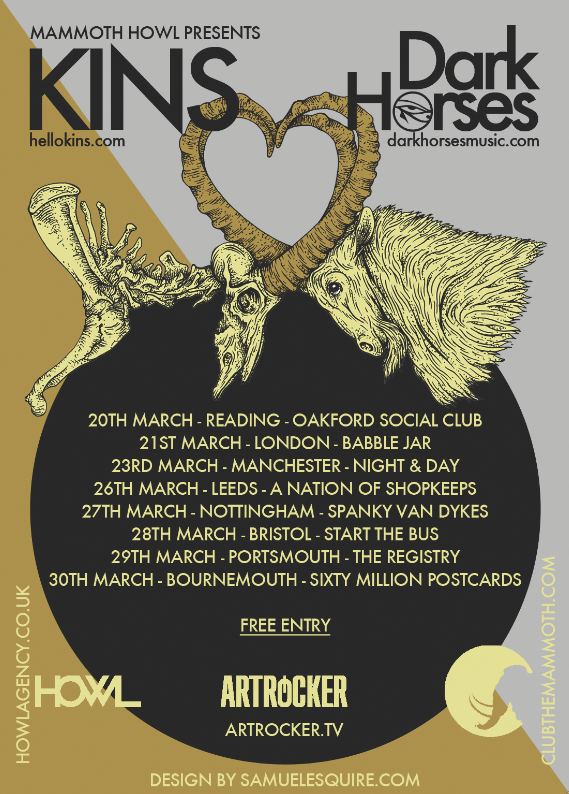