I WENT on a first date to see Old Boy when it came out in 2004. Let’s just say I never saw that guy again.

As much as it’s not romance-material, Chan-Wook Park’s Korean film is an excellent tale of revenge – which is as we all know, a dish best served cold.

It follows the tale of Dae-Su Oh who wakes up on a rooftop having spent 15 years in a mysterious prison, and has to uncover a dark secret.

Future Cinema, the peeps behind Secret Cinema are heading to Leeds to screen Old Boy, featuring a live set by Mercury and Brit nominees, The Guillemots.

Bring a blanket and settle in for a story of vengeance, betrayal and deception. 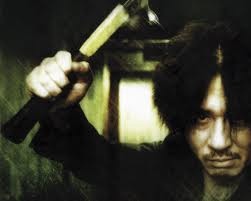