NICOLA Roberts is full of surprises. She has emerged from Girls Aloud as the cool, quirky one; found favour with the fashion set and quietly built up her own sense of inimitable style. She’s side-stepped the pop world to work with Metronomy and Diplo on her debut solo album Cinderella’s Eyes and speaking to her, she is down to earth, open and chatty.

I have to admit, it’s not what I was expecting from the star who once played “four or five” dates in a row at the O2 Arena with her phenomenally popular girlband.

During our conversation Nicola is open, warm, honest and passionate. She gracefully avoids my probing questions about her bandmate Sarah Harding’s broken relationship, and shrugs off criticism when I tell her that Katie Price (the glam-arghh model) has been slagging off the her fashion taste in the press. Nic is cool, calm and collected and seems to possess a self-confidence that has flourished in the last few years.

“I think as you get older your personality gets stronger. You get stronger and you believe in what you say and you believe in what you do. It’s just the simple fact of growing up. Being 17 in a very adult and important world, and feeling a bit out of your depth; obviously when you get to 25, you’ve grown up a lot. It’s kind of inevitable,” she says referring to the age she was when she found fame on Popstars: The Rivals and was chosen to be a member in Girls Aloud.

Aside from being a pop star and fashion icon, she’s the creator of Dainty Doll – a cosmetics line for girls with pale skin – and her enthusiasm bubbles over when I ask whether she would ever branch out into accessories or skin care, or has any other plans on the horizon.

“I love being creative, that’s probably where I’m most happy and most confident. I’m always thinking of new ideas and new things that I’d like to get into. I’m not one of those people that ever rules things out. I just think that there’s a right time for things and you have to have the right time.”

This week Nicola is planning to go to some of the shows at London Fashion Week, but she says that it’s hard as they are at the same time as promotional duties of new single Lucky Day.

“I’m going to try and get to House of Holland, Topshop, Bora Aksu, but a lot of things clash. It’s difficult.”

Any particular British designers take her fancy? “I love working with Henry,” she reveals. “He’s just so easy going and cool and so talented, and he’s young and he’s just a great person.”

Roberts comes across as wise beyond her 25 years. Forced into a grown up world as a teen, she is polished in her answers, yet refreshingly real and down to earth. She positively glows when discussing her boyfriend Charlie Fennell, who sells boats in Dubai. But, she tells me, wedding bells are not on the cards yet.

“We’re going to have been together for three years at the end of September.” She tells me, proudly. “I think we should celebrate that,” she adds, almost to herself, then pauses, takes a breath, shaking off her girlish demeanor and is once again back to professional Nicola.

“It’s gone quick! It’s gone really quick. The thing is, I’m only 25, I’m not ready to be that kind of older person yet and get married. I’m still in the middle of going from a girl to a woman. We’re both young and I like the fact that we’re boyfriend and girlfriend, I think it’s young and it’s cute! Rather that it being like married and you know…” she trails off.

“I think it’s important that you are with somebody that are really supportive of your dream and what you do,” she continues. “When you’re passionate about your career, you love it just as much as you’d love another person. So if anybody was to ever be negative about it, or not support it or, in some instances, there’s people out there that don’t like that you’re working out there all the time and you have to choose. When you love two things equally, you can’t do that, so it’s amazing that he supports me and it’s the same for him. He’s away a lot with his job and it works both ways. If it didn’t work like that then it wouldn’t work.”

In 2012 Girls Aloud will have been together a decade, a life-time in pop years, and have plans to get back as a group for some kind of project.

“It’s our tenth anniversary next year, so we’ll be celebrating that together. I can’t really say how… but something, yes,” Nicola confirms, keeping the details firmly to herself and concious not to reveal too much information.

Nicola explains she is inspired by everything from dance music, to an out-of-control obsession with Beyonce, to MIA, to controversial rappers. She cites the raw true-to-life sentiments that you find in hip-hop as a major influence on her new record and says electro music has “imagination” which nurtures her creativity.

“Everything is about reality. Nothing’s there just because it rhymes with the last line. Everything is so full of passion and means something. Rap music’s quite controversial and I like that. People just say it how it is.”

She even gives rapping a go on the new record, but says it’s more like “talking fast”.

Ah yes, the album. Nicola’s first solo project, a mix of quirky vocals, real-life lyrics, edgy synths and a splash of dance-around-your-handbag beats. But Nic is really happy with one of the more low-key songs, seemingly documenting her transition from “little Nicola” into the  more confident and head strong woman you see today.

“I’m really proud of Sticks and Stones, because it’s a subject that’s really close to me and I put a lot of pressure on myself to get it right, and I knew that if I didn’t get it right then I wouldn’t have put it on the record.

“It is quite a serious song. I did an acoustic session a couple of weeks ago and it was the first time that I’d sung it live, and it’s actually really emotional and I remember feeling like ‘have to get this right’. It took me a quite a long time to write it and get it finished because of the pressure I put on myself to get it right. And then when I sang it, I felt like ‘I got it right’.

“Sometimes you have these moments where you think ‘I just can’t believe it’. Every child has a hope or a dream and everybody wants to grow up and be something, and not everybody gets there…

And she finishes: “I’m so grateful that it’s happened to me. I don’t really know how to deal with it because I don’t understand why.” 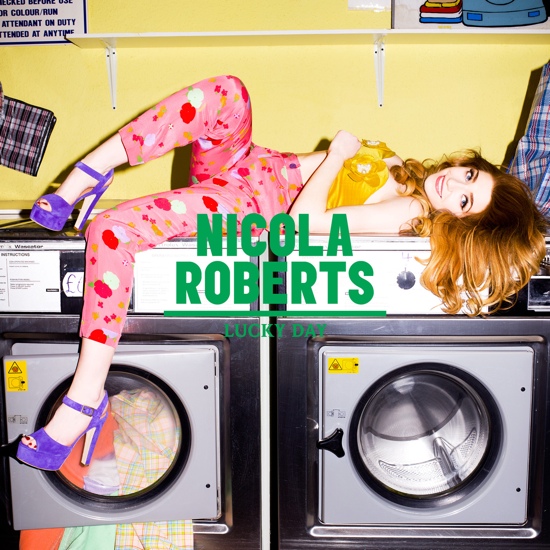