The release was inspired by the conflicts in Iraq and Afghanistan.

She is the only artist in history to have won the prestigious award twice. 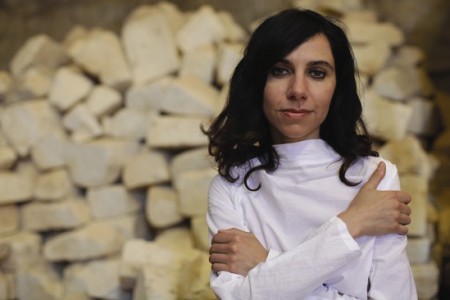 She said:  “Thank you for the recognition of my work on this album.

“It’s also good to be here this evening. When I last won 10 years ago on September 11, 2001, I was watching the Pentagon burning from my hotel window.

“So much has happened since then. This album took me a long time to write. It was very important to me. I wanted to make something meaningful, not just for myself but for other people, and hopefully to make something that would last.”

Backstage, she told British newspaper The Daily Telegraph: “Ten years ago feels like such a surreal experience, I’m sure for everybody, that my only memory of that day really is of being in my hotel room and seeing the Pentagon burning.

“I felt so separate from the prize that was being given here at that time and I’m sure it must have felt very odd for all the people that were here so today to have the chance again to be here and actually receive the award means a great deal to me.”