IN what is quite possibly the most exciting collaboration since Batman hooked up with Robin, The Killing’s Sarah Lund – Sofie Gråbøl – is set to appear in the forthcoming episodes of Absolutely Fabulous. The Detective with the best knitwear in the business, will be alongside Joanna Lumley and Jennifer Saunders in the three new episodes that are currently being filmed. 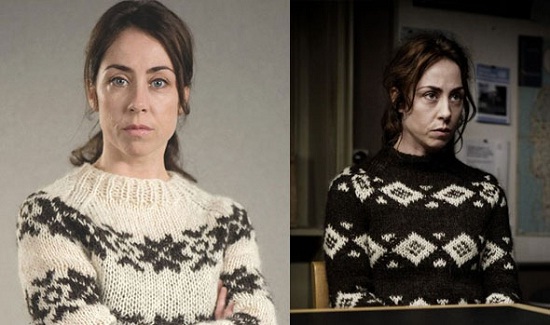 Absolutely Fabulous first ran from 1992-1996 and followed the lives of PR guru Eddie and her best pal Patsy. The cast – including  Julia Sawalha and June Whitfield – are getting back together to celebrate the show’s 20th anniversary. Two eps are planned as well as a Christmas special. Jennifer told British newspaper The Sun: “Like a good bottle of champagne we hope that we have got better with time. Last week, when we started filming in dear old West London, it was as if nothing had changed. It was raining.” Gritty BBC4 Danish crime show The Killing was a huge hit when it was first screened earlier this year. It is currently being repeated on TV and is available on iPlayer if you missed it the first time around. Avoid the american remake though as it is AWFUL.