Wearing a strapless blue dress, the Hunger Games actress was recognised for her role as Tiffany in Silver Linings Playbook.

Bradley Cooper, pictured with Jennifer below, also stars in the dark comedy – as Pat, a former teacher who has spent time in a mental institution following the infidelity of his wife.

Anne Hathaway grabbed the gong for Best Support Actress for her role in musical Les Miserables.

Ben Affleck’s film Argo won Best Picture, a move which stands him in good stead for the Oscars next month. 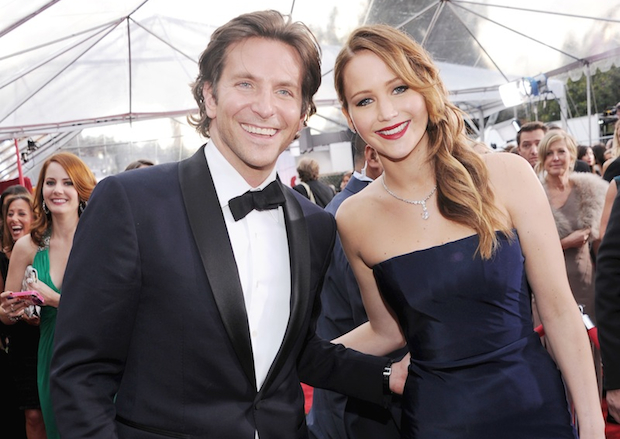