ONE of the most important blind dates has been set up at London Zoo and it involves two stripey felines – Sumatran tigers Jae Jae and Melati.

Keepers are hoping the furry twosome will have cubs as there are only 300 of their species left in the wild.

Pillow Magazine was invited along to the Royal opening of their new enclosure, Tiger Territory, and we loved it so much, we’ve included it as one of our top Spring outings on quirky dating site DoingSomething.co.uk.

Click here to see our recommendation and to find out exactly why we think it would make the perfect first date!

Prince Philip, the Queen’s main man was on hand to open the event – check out our exclusive video, below. 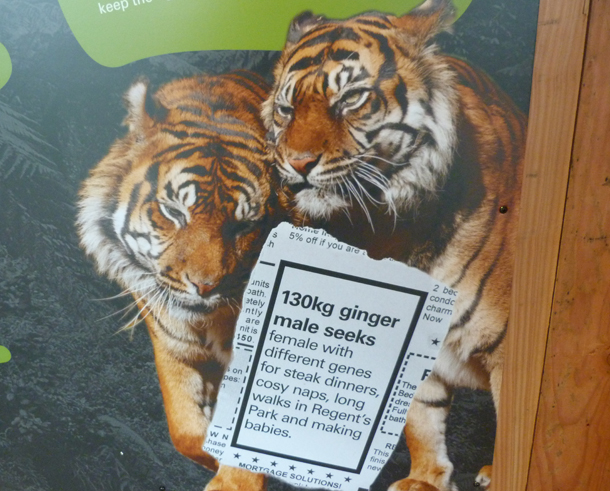 The kitties have been built a state of the art enclosure to make them feel at home. London Zoo have splashed out a whopping £3.6million on the tigers’ new pad. Jae Jae and Melati are competing with some of Britain’s best-loved pop stars having that kind of money spent on their digs.

When we swung by their enclosure to see how the pair were getting on, Melati was showing she was no ‘easy tiger’ and playing that favourite female game of hard-to-get. Typical girl. However, we have it on good authority that the day before the couple had mated and keepers were hopeful that we could expect the pitter patter of four tiny paws! 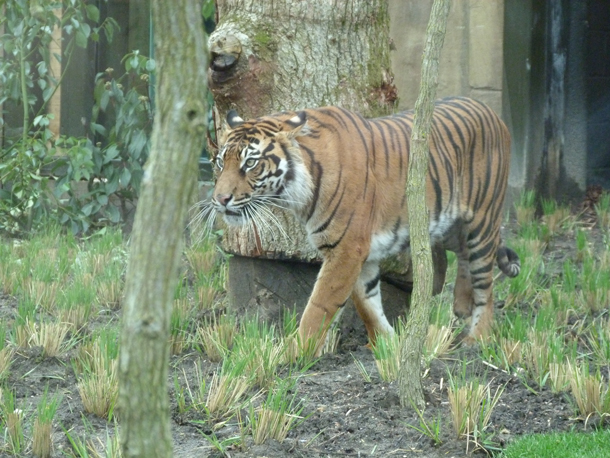 The Sumatran tiger (Panthera tigris sumatrae) is a rare tiger subspecies that inhabits the Indonesian island of Sumatra.  They are the only surviving member of the Sunda Islands group of tigers that used to include the Bali tiger and Javan tiger – both now extinct. Male tigers have a prominent ruff, which is especially marked in the Sumatran tiger – which you can see in our footage.

We have just googled tiger cubs and they probably top the list of unbelievably cute animals! 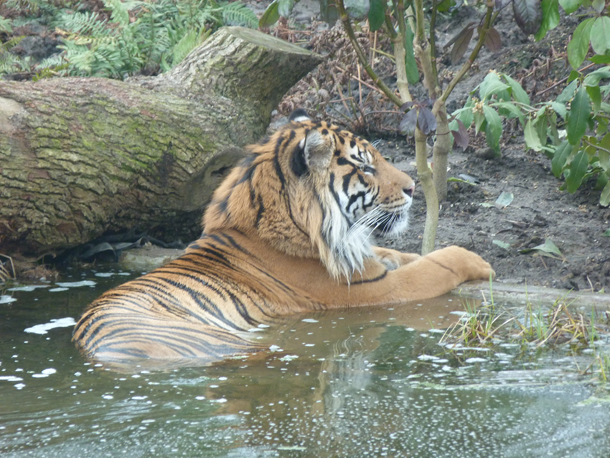