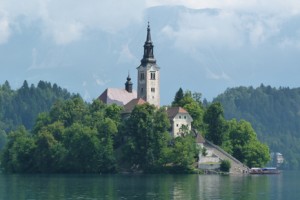 FROM the rolling mountains surrounding Lake Bohinj to the picture perfect beauty of Lake Bled and the chilled-out yet cultured atmosphere of Ljubljana… Slovenia is the holiday destination that has it all.

Earlier this month Pillow Mag editor Angharad Llewellyn threw a couple of dresses, some shorts and sun cream into a bag and left for an adventure to Eastern Europe.

Here’s what happened on her trip. 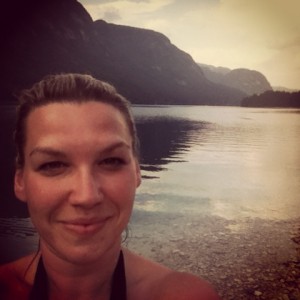 You may not think of Slovenia as a ‘must-go’ destination, but for me it always was.

I’d wanted to re-visit Ljubljana ever since reading an amazing book that was set there – Veronica Decides To Die by Paulo Coelho. I’d been to that part of the world once before – as a kid with my family. I must have been young as it was still called Yugoslavia when I visited and the only thing I really remember is that they spelt it Jugoslavia and thinking that was really weird.

I travel a lot, and after a difficult 18 months, I decided what I really needed was some time to myself. I haven’t backpacked since I was in my early twenties, but this time I wanted to go back to basics – a bag, a book and me. I was flying solo for the first time in years, and facing 10 days with no company… I was actually looking forward to being slightly bored. So throwing minimal clothes into a tiny blue bag, I headed off to Stansted in vintage denim shorts and flip flops ready for adventure. 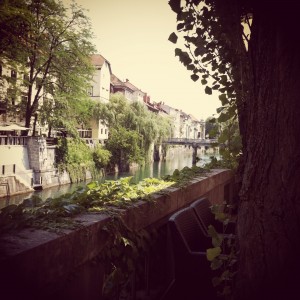 The plan was to spend a few days in Slovenia before getting an early morning train down to Pula in Croatia – a port town built on a peninsula which meant lots of beach time.

Flights booked, passport packed and super excited, the trip got off to an expensive star – I almost bankrupted myself at London’s Stansted airport stocking up on anti-mosquito spray, books and magazines to read on the beach.

I arrived in Ljubljana in the sunshine and jumped on a cheap minibus that was transporting travellers into the centre of town.

I have to say, Ljubljana is simply stunning. Ljubljana is small enough to walk around in an hour, so you feel like a local pretty much straight away. A river runs through the centre of the city – the Ljubljanica – and bars, cafes and restaurants line its banks. Most of them have free Wifi, and if not, you are allocated an hour each day for free on the city’s network. 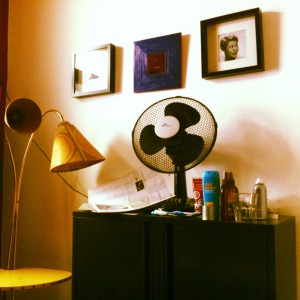 The city centres around the ‘triple bridge’ (which is pretty self explanatory), and sits under an imposing castle – Ljubljanski grad – high on top of a hill. There’s a massive park in the city too. The whole place is super chilled out, and really inexpensive. I measure international prices based on cocktail menus, and you could get a decent mojito for
€5 and sit right on the river. Bargain. In fact, that’s what I did when I watched Andy Murray win Wimbledon on the outdoor TV screens in a bar packed full of tennis-heads.

Tourism is big here, but not overwhelming. On one hand, there are English websites that tell you when and where buses and trains depart. They are a lifesaver and the transport always runs on time. Unlike London. On the other hand, some tourist attractions are hard to reach – like Ljubljana Zoo and Vintgar Gorge. As I wasn’t in the right place at the right time I ended up getting local buses and taxis. Actually, I still have the Slovenian equivalent of an Oyster card in my wallet, ready for when I return. Most people speak English so you can have a friendly chat wherever you go. It’s cosmopolitan without being tacky, and popular without being overcrowded. 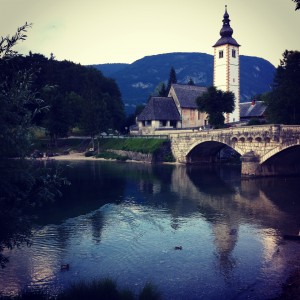 I stayed in two places – first up was a private room in Sax Hostel, just 10 minutes walk from the three bridges. It’s the perfect location, right on the water. It’s jazz themed and is based behind a jazz-themed pub. The only downside to my room was that I could hear people occasionally talk outside my door, but otherwise it’s a great find. It’s quirky and cool. I also stayed in a hotel called The Ambient Hotel, in a suburb called Domzale. You can easily reach Domzale in 30 minutes via a bus or regular train, but after spending a few nights in the centre of Ljubljana – I missed the hustle and bustle.

Once you leave the capital, your breath is constantly being taken away by the country’s natural beauty… it’s incredibly green and lush and the houses nestled against the hillsides are built in the traditional style and just absolutely stunning. 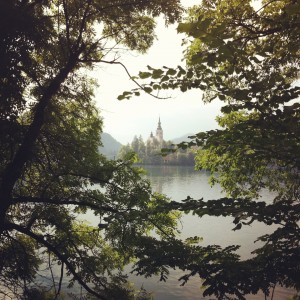 Another great thing about Slovenia is that you can get across the ENTIRE country in three hours. So everything is pretty much on your doorstep. As a South Londoner living in East Dulwich, it takes me an hour to get to Central London…. so when in 70 minutes I could get from Central Ljubljana to the postcard scene of Lake Bled, I was in heaven.

I trotted round the circumference of Lake Bled… and every single view was even better than the last. Bled has a castle in the middle of the lake, and it really does look like Disney built the whole place.

I didn’t think it was possible for another location to be any more impressive – but walking along Vintgar Gorge and Lake Bohinj was another level.

Lake Bohinj – a vast lake surrounded by rolling mountain – seems to have it’s own weather system. I arrived in pouring rain, swam in blazing sunshine, and then hid under a tree trying to dry off in the middle of shower. I got a tourist board across the lake and back for €10 and on each journey a really informative guide was on board giving information about the local culture – again in English. And I got talking to other tourists – not many of whom were British, but all could speak English and were mega friendly. 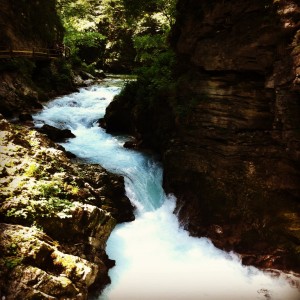 Vintgar Gorge – where you trail a beautiful river through the hills – is just incredible. It costs €4 to enter – and it’s just unbelievably beautiful – especially for someone like me who absolutely loves nature. At the end of the trail there is a spectacular waterfall… it’s just stunning. I did dip my toes in but it was absolutely freezing! So I declined to go for a swim. Around every corner you have to stop to take a picture as you just can’t believe the natural beauty of the place.

There’s a bus route that takes you from Ljubljana up to Lake Bled and Lake Bohinj and back, so access is easy and regular. Vintgar Gorge is slightly more difficult to get to – in the mornings apparently there is a direct bus from Bled, but I jumped in a taxi to save time as I was there around mid-day. 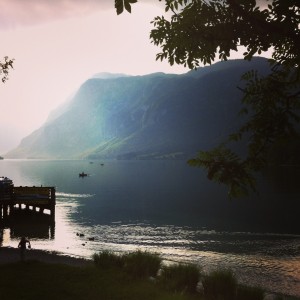 I could go on and on and on about how much more there is to do in Ljubljana and Slovenia in general (and trust me, it’s all I’ve talked about since I returned to London) And I genuinely can’t recommend visiting the country enough.

I will definitely go back, and hopefully it won’t be too far in the future.

EasyJet flys to Ljubljana from £34.

Sax Hostel has private rooms from £22 per person, booked through Hostelbookers.

Ambient Hotel has rooms from £38 based on two sharing, or £57 for a single, booked through Hostelbookers.

For more ideas and inspiration for places to stay with HostelBookers, click here.

A Perfect Break in Portugal

Waking up in Vegas