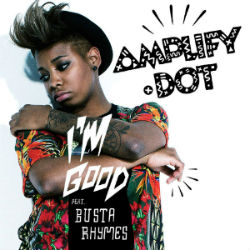 We love it here at Pillow Magazine, and already have bets on this being your favourite track of the year.

The trendy video sees us cruising down Jamaica’s coast- line (err… jealous!) before dancing our way into a brightly lit club night… and cue the arrival of Busta Rhymes.

The single will be officially released courtesy of Virgin EMI on July 22nd.

Check it out now, below.

Whilst your waiting patiently for the official release however, catch Amplify Dot when she hits the UK this month through to July!