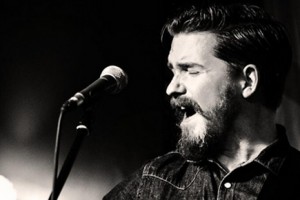 TONIGHT John Smith will take centre stage at his sold out gig in London Union Chapel.

Earlier this year, he released his acclaimed new album Great Lakes, which has received praise from The Sunday Times, Daytrotter and Acoustic with comments such as “John Smith again demonstrates why he is the guitarists’ guitarist.”; “A man with one of those rattling hearts. It’s a rambler. It’s a true heart. It’s a hurt heart.” Exactly what an artist needs: a true yet hurt heart. Otherwise where do all these tragic, heartbreaking yet unbelievably beautiful ballads come from?

Staggeringly good, Great Lakes is his third album which has seen him tour with Iron & Wine and Richard Harvey.

Music was always played in the family home so it was natural that Smith followed his senses to become an acoustic artist.

About Ry Cooder’s late 70s masterpiece Bop Till You Drop, he says: “That really hit me hard. Just hearing that really intricate guitar and soulful singing. I just remember mot knowing what the thing was, or what it meant, but I knew I wanted more.”

Closely after that, his father entrusted him with his own guitar. The rest is history.

Great Lakes is beautiful, mesmerising and includes a metaphor for love: water.

On a previously unheard track, Master Kilby, the acoustic guitar playing flows like a river with his soft folk voice complementing it stunningly.