Her laid back, French-inspired style gained lots of followers, and although we’ve haven’t seen her on UK screens for a while, here’s proof that she’s still as current and hilarious as ever.

Rachel is currently on US telly in a show called Hart of Dixie, playing a medic called Zoe.

Clutching a Prada clipboard, in this clip for Funny Or Die she hits back at critics who say he is hot to play the role, name-checking Dougie Howser on the way. (Google him if he’s before your time).

She even takes a cheeky swipe at Natalie Portman’s take on hip-hop in her expletive-laden skit for SNL in 2006, and reminds her who the real “black swan” is. 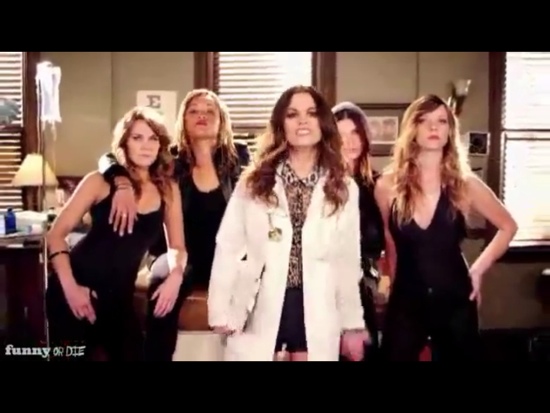