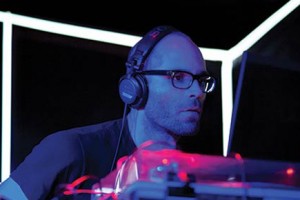 IF you didn’t know College before from his role as the mastermind behind the Drive soundtrack, as an avid reader of Pillow – and who wouldn’t be?! – you should know him from our feature saying how bloody amazing he is.

Heritage is the latest distillation of the emotive, motorik and – in his own words – nostalgic electronica.

It will be available on Digipack CD and blue vinyl LP.

Also, there will be 200 copies of limited edition box set available from the Invada website.

The limited edition box set will contain a clear vinyl LP, DigiPack CD, poster, badge, sticker, cassette tape and download card. If you are a College or electronica fan, you need this in your collection!

For more information, head to invada.co.uk/college.