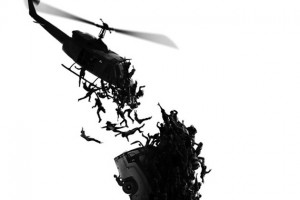 ADAPTED very loosely from the novel by Max Brooks, World War Z doesn’t have it easy. Amidst reports of a troubled production and a re-shot ending, we also have to acknowledge that culturally, we have long since reached the point of zombie saturation.

Let’s face it – it’s been done to death in all types of media and unless drastically something new is done, it’s hard for us to care. World War Z attempts this… well, sort of.

It certainly has the sense of scale going for it. There are a couple of scenes in this movie that are truly breathtaking. Sweeping helicopter shots over cities looking over thousands of people scurrying about like ants are both marvellous and terrifying to behold. The Jerusalem sequence is also a particular highlight – despite the obvious CG augmentation, the sheer number of the undead is realised in a way that has never been shown on screen before. 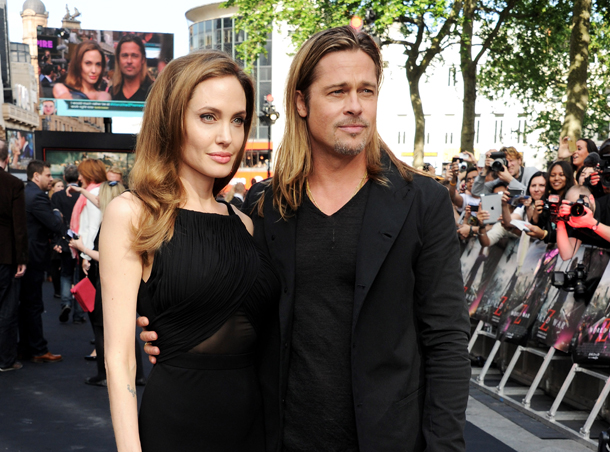 Unfortunately there is not much else to recommend about this film. Although it starts strongly enough with a panic inducing opening that perfectly captures the sense of chaos and confusion through the use of hand held cameras and quick cuts, the majority of the film falls back on tired clichés and (rather unforgivably) is bereft of any blood and gore. In fact, these ‘rage infected’ ‘zekes’ (first made popular through the likes of Danny Boyle’s 28 Days Later and Zach Snyder’s Dawn of the Dead remake), sprint, leap and spasm and yet don’t seem interested in feasting on human flesh at all. Just a quick nip to turn someone and then they are off, after their next victim. When even a TV series like The Walking Dead can muster more of the red stuff in one episode than in this entire movie, something definitely feels off.

Brad Pitt is competent as the lead, but beyond the protecting of his family towards the beginning of the film, is not given much to do except move the story onwards from location to location. He jet-sets around like it was Bond movie and yet, after the huge spectacle of the first half, the climax of the film disappointingly ends up in the cramped confines of a lab. In Wales.

Whilst the final reel is serviceable, it feels like a huge anticlimax to the preceding spectacle and makes you wonder how bad the original ending was to have to be re-shot and replaced by that.

Fans of disaster movies may find some moments of delight in this apocalyptic vision but zombie enthusiasts will come away sorely disappointed. Apart from the astounding sense of scale in a few key scenes, everything in World War Z has been done before and crucially, better elsewhere.