IMAGINE the situation. I’m tackling a particularly difficult crossword with my grandmother last Sunday. We are both trying to figure out a puzzling clue about a galaxy  in outer space that we’ve never heard of…. “It’s OK” I tell my 89-year-old quizzing partner. “I’m meeting Sir Patrick Moore on Wednesday, I’ll ask him.”

So armed with the aforementioned black and white grid in my bag, I am sat on a train, whizzing my way to Chichester to attend a house party hosted by Sir Patrick Moore.

The 89-year-old host of The Sky At Night has invited a gaggle of selected journalists, friends, family and avid star-gazers to swing by his pad and have the opportunity to try out the telescope he has in his observatory in his back garden. 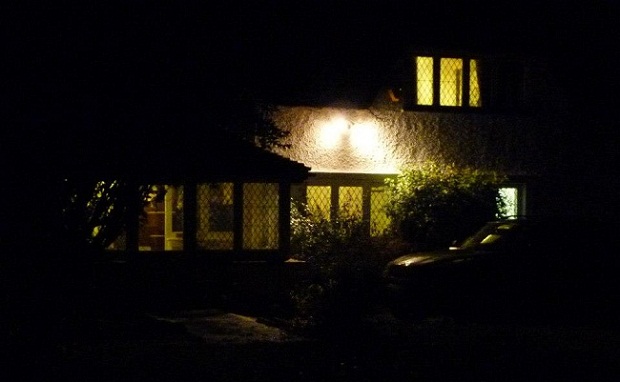 It’s a once-in-a-lifetime opportunity to meet one of the biggest and best brains in the business.

The first thing that you notice when you arrive at his cottage in Selsey is the plentiful array of signs addressing his beloved cats. They included statements such as, “Happiness is being owned by a cat”, “This house is maintained entirely for the convienience of our cat”, and “One very spoiled cat lives in this house”. 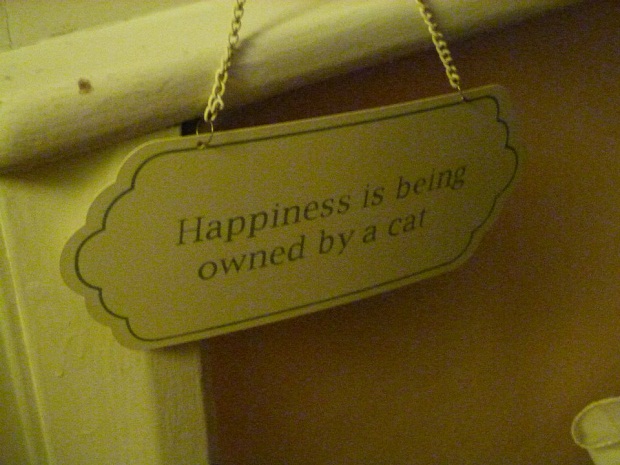 The moggies are shut away in a room upstairs, emblazoned with a stern sign warning guests not to disturb them.

As you gaze further around Patrick’s pad, you see a vast collection of shot glasses (my favourite: NASA logo) and some of the most extraordinary photos and drawings that I’ve ever witnessed. Framed drawings of alien life forms are hung all over the walls and I am told that they were drawn by his mother.

Sir Patrick is a man who has kept great company. He has met theoretical physicist Albert Einstein – the man who developed the general theory of relativity – the first man to walk on the moon Neil Armstrong; Professor Brian Cox; and astrophysicists Brian May and Chris Lintott.

It is with Queen guitarist Brian and Chris that he has written his latest book, Cosmic Tourist – an adventure around the Universe with the guidance of these three super-brains. 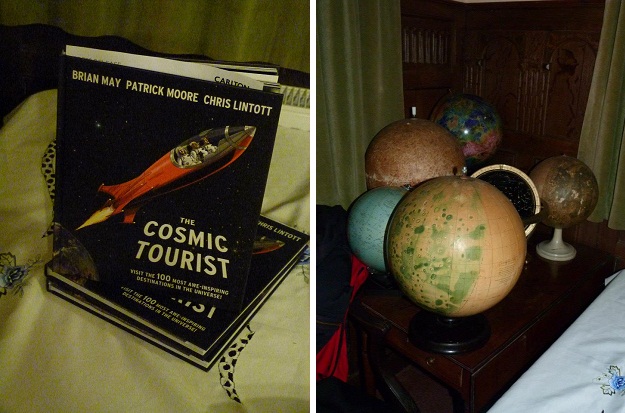 Being at a house party held by one of the greatest minds to have ever graced science, accompanied by Brian and Chris is a little overwhelming. It’s thanks to the lovely hospitality from Carlton Books, who are publishing Cosmic Tourist, that our glasses are kept full of wine and our apetites satiated by gorgeous tiny cupcakes dusted with glitter.

The observatory is in Patrick’s garden. Picking my way through the damp grass in the pitch black, I enter via a tiny door that would be most suited to a hobbit.

Inside is a giant telescope around which the party guests mingle and chatter among themselves. If it had been a clear night, we would have had the opportunity to gaze through the lens into the night air and see the sky in all its glory. However, it’s Sod’s law that it’s gloomy, overcast and prone to showers of rain. So the roof of the observatory is closed, yet the conversation is lively. 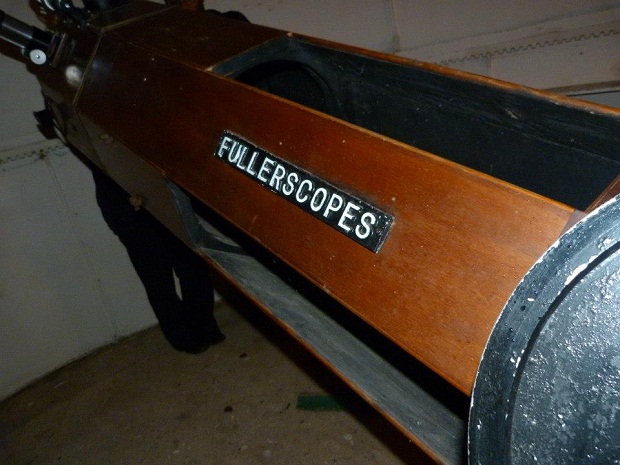 I am swept away to meet Sir Patrick, armed with my trusty crossword in hand. He is sat in his study, surrounded by pals who are tending to him and ensuring he is having a good time at his own bash. His bookshelves are filled with literature on astronomy and the stars.

He looks splended in a full suit, with his monocle clasped in one eye. He is visibly tired, it’s already nine in the evening and the party has been in full swing since six. However he shows no signs of wanting to usher everyone out, and is as genial and wonderful as you would expect. 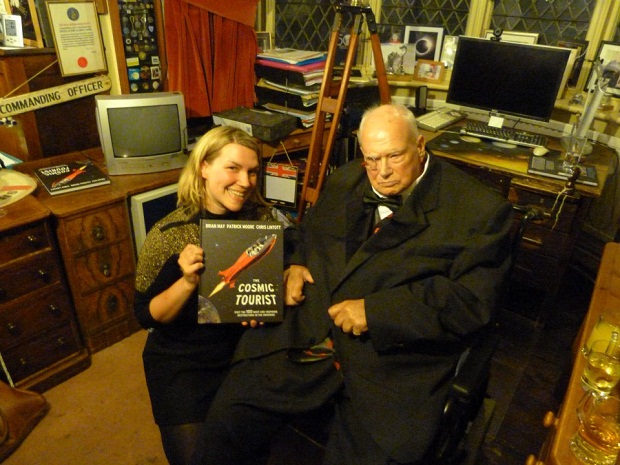 I have the opportunity to ask him one question. Now comes decision-time… do I waste my one moment with him on a crossword clue? I decide against it and shove the piece of paper into a pocket.

Instead, I firstly thank him for hosting such a delightful evening, and then decide to ask Patrick about the programme he has presented for 55 years – and has only ever missed one show.

Asking him whether he’d ever throw in the towel (monocle?),  Patrick tells me he has no desire to retire from the BBC1 programme.

So I ask him what makes it so special for him – almost 25 years past the general populus’ average retirement age.

It’s a magical moment and I’m over-awed by the experience.

Before I can sneak in any other questions, a group of people wade into the study carrying a cake which is promptly carved up and served to hungry guests (victoria sponge with cream and jam, baking fans). 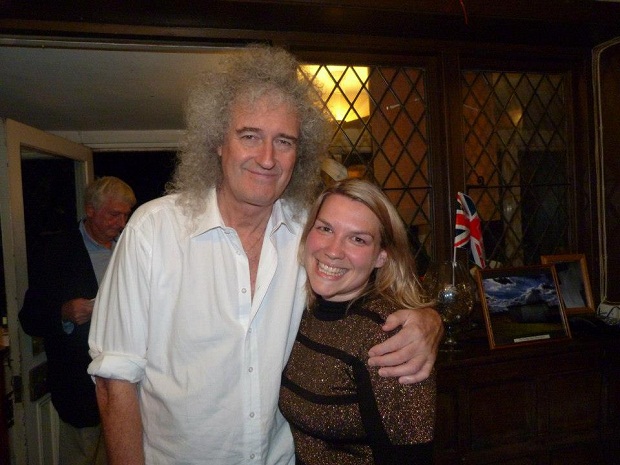 Next I collar Brian May for a quick chinwag about his latest projects.

It’s the day after Freddie Mercury documentary The Great Pretender aired on BBC One, and I ask if Brian manged to tune in to it.

“I didn’t,” he tells me. “I wasn’t very heavily involved in this one, but I’ve seen it before and it was very sensitively handled.”

He also reveals that two weeks ago he  joined social networking site Twitter.

He is currently using the medium to help support the campaign to save badgers in the face of a mass cull. As many as 100,000 badgers could be shot by trained marksmen as part of measures to protect cattle from tuburculosis. Brian is vehemently against the scheme and tells me that it is a flawed scheme and to visit Team Badger for more information.

As the clock strikes ten it’s time to gather my things and leave Sir Patrick, Brian and Chris to finish off the evening with a quiet toast to their new tome.

A couple of wine glasses have become casualties to the night’s merriment – but whoever is on clean-up duties, I am certain it won’t be the wonderfully charming, highly-intelligent and inspirational Sir Patrick Moore.

With his work schedule, and at his age, he definitely deserves a rest. 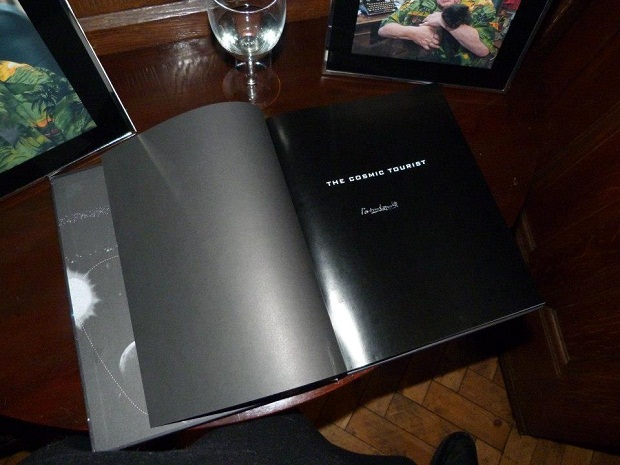