CORINNE Day, the photographer who introduced Kate Moss to the world through 90s indie magazine The Face is remembered in a special exhibition.

The famous images of Kate Moss in the Indian headdress (3rd Summer Of Love editorial) is one of Day’s most famous photoshoots. The relationship she formed with her sitters was easily portrayed in her biographical photography of relaxed models at ease and having fun. 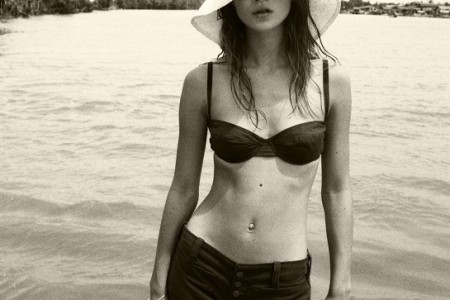 She projected the natural smile into The Face instead of the forced pouts regularly seen in fashion photography.

This collection also features images from her fashion stories Heaven is Real and Borneo stories published in the February and August 91 issues of  The Face where she managed to capture teenage femininity, youth and playfulness.

She challenged the conventional model image through the informality and freedom portrayed in her images. Depicting 90s Britain also played a huge part in her work – the decade her photographs would be published and even featured on the front cover of the most iconic magazine of that time.

Marking the anniversary of Corinne Day’s death last August the Gimpel Fils gallery will showcase these images from The Face and also a personal archive of her life, friends and family that she photographed throughout the years.