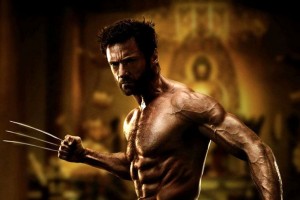 MARKING Hugh Jackman’s 6th return to the role, The Wolverine sees the lone X-Man travel to Japan to meet with a mysterious billionaire who promises to be able to give him the inner peace he so craves by taking away his immortality.

This is the second solo outing for Wolverine after the frankly disappointing ‘Origins’ – but does this new entry fare any better?

Inspired loosely by the 1982 Chris Claremont/Frank Miller comic saga, it is refreshing to see a Wolverine story play out in such a different setting as this and accompanied by different characters. Post credits sequence cameos aside, only the ghost of Jean Grey within his conscience serves as a link to any of the other films in the franchise. With the majority of the film set (and authentically filmed) in Japan with a large number of Japanese actors, there is a unique sense of place presented here rather than just a caricature of the Far East – and it’s easily one of the film’s strengths.

It’s a shame then, that the meandering plot and languid pacing often slows the film to a crawl and despite the occasional moment of brilliance (the opening sequence where we witness the bomb go off in Nagasaki is a visceral moment that is quite possibly the highlight of the entire movie) the whole thing just feels, well… a bit boring.

The majority of the fight scenes sees Logan face off against gangsters or ninjas rather than the usual similarly superpowered mutants and this ‘realistic’ tone they have gone for sits at odds with the watered-down violence (the film carries a 12A rating). It’s all a bit bland and you can’t help but wonder what the more adult oriented Darren Aronofsky version of this film could have been like, as rumours were that he quit the production early on due to studio pressure steering him away from his vision of an ‘R’ rated Wolverine film.

Similarly out of place with the rest of the movie is Viper, who despite being played well by Russian actress Svetlana Khodchenkova, is reduced to being like a certain Joel Schumacher Batman villain – just watch as her costumes get increasingly more bizarre as the film goes on.

It’s a real shame, as the majority of the Japanese actors play their parts well (often in dual languages), but the occasionally bad CG, fuzzy motivations of key characters and the overlong running time cant help but to damn this film into mediocrity. There are plenty of nods to fans of the Wolverine comics (hurray for bone claws! Silver Samurai!), but despite the effort to do something new with the character in a unique setting, the end result is somewhat underwhelming.