WATCHING a film al fresco is always a treat, and Rooftop Film Club – where movies are screened under the stars for your pleasure – is back for the summer.

East-side, Rooftop Cinema is held on the top of the Queen of Hoxton, Shoreditch.

Starting at the beginning of May, you can choose from classics such as Leon, Indiana Jones, Amelie and The Usual Suspects through to pack-some-tissues blub-fests like The Notebook. 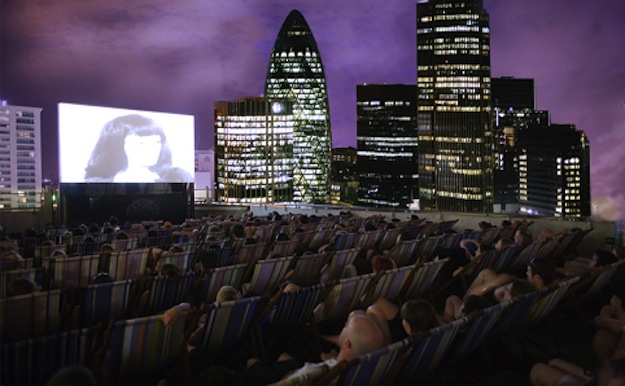 While over in the West you can join in the fun at The Roof Gardens where you can catch classics like Some Like It Hot or Breakfast at Tiffany’s.

West Londoners must be hungrier too as their tickets include a hot dog or burger.

For more information including a full programme, click here.