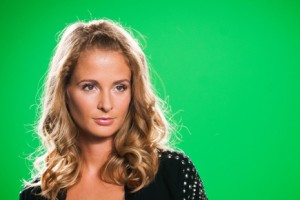 REALITY TV star Millie Mackintosh is making a name for herself on another kind of screen.

The Made In Chelsea star has guest starred in a new ASOS music video with her new hubby, Pro Green.

This nod to Millie’s transformation from West London It Girl to edgy East Londoner forms part of ASOS #todayis, a campaign during which the ASOS House Band have posted weekly music videos on ASOS.com.

The campaign’s videos take an alternative look at subjects including the joys of a fashion face-off (Frock Off) and finding loose change down the back of the sofa (Found a Pound).

Hundreds of artists were auditioned for this prestigious gig until ASOS found duo Johnny Langer and Peter Duffy, also known as Man Like Me. The pair’s musical genius and style promise to win over ASOS shoppers around the world.