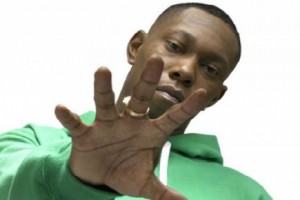 The undisputed London MC and pretty boy charmer, Dizzee Rascal, released his brand new full- length album, The Fifth, via Universal Records this week, which will be his first album release since signing the multi-million pound contract with the music and film godfathers.

A- list producers enter the mix at all angles on this new Dizzee effort, which see’s the rapper working alongside the likes of Warren Okay ‘oak’ Felder, Andrew ‘pop’ Wansell, Jean- Baptiste Kouame and the notorious RedOne.

Could this album possibly get any more exciting?

Yes. Yes it most certainly can.  Dizzee Rascal has left enough room for more than a few guest appearances on his crackin new album; pop newbie, Angel, Tinie Tempah, Calvin Harris, Jessie J will all be making an appearance on The Fifth!

Dizzee has said:  “If my last record was dipping my foot into the swimming pool of happiness.“This one is fully going for a swim – backstroke, butterfly, in every way  … not just doggie-paddle.”

The Fifth is out NOW!