The electrifying singer with the out-of-control vocals has teamed up with the dance pioneers for her first official side project and it’s designed to get the toes-a-tapping. 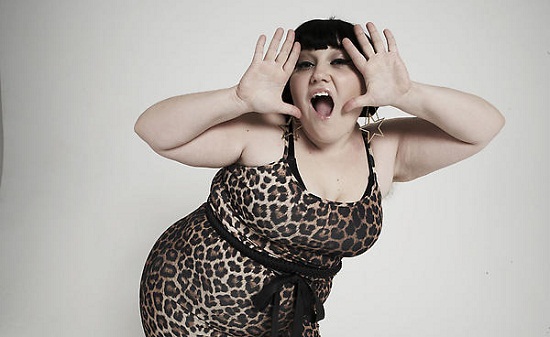 The four tracks will be released in the UK on Deconstruction Records in January, with a full international release slated for March 2011.

Simian Mobile Disco said: “Working with Beth honestly couldn’t have been any more fun. We basically started where we left off with cruel intentions and went deeper into psychedelic disco territory. We tried to keep it pretty raw and simple, all the while focusing on Beth’s brilliant melodies.”

With Beth considering the side-project as an illicit liaison away from the more rock n’ roll Gossip: “Imagine you’re in a marriage for 12 years, your entire adult life, and then one day, you decide it’s alright if you go out and have an affair and everyone’s OK with it.”

And indeed Ditto has an affection for the dancefloor; Gossip put out their first record in 2000 with a sleevenote declaring, “no thanks to the kids that don’t dance.”

Professor Green is on the Buses